A prototype robot designed to assist Cork teenager Joanne O'Riordan with everyday tasks has been unveiled by engineers at Trinity College Dublin.

"Robbie The Robot" was introduced to the Secretary General of the United Nations International Telecommunication Union (ITU), which funded its development, at an event in Trinity today.

Joanne was born with a rare condition known as Total Amelia, which means she has no arms or legs.

In April 2012, she addressed an audience at the ITU Girls in ICT Day in New York, where she challenged technology developers around the world to build her a robot.

The challenge was taken up by a group of engineers from TCD, led by Professor Kevin Kelly.

Using €50,000 in funding provided by the ITU, they have spent months building the prototype humanoid robot, consisting of head, arms, torso, and a single leg with wheels.

The prototype, which is still in development, can be moved around using a computer, and can pick up small objects from the floor.

The team of around ten people who have worked on the project has also developed an iPad app for Joanne to control the robot.

The robot has been developed from scratch using parts bought on the internet and manufactured in the labs and workshops of the School of Engineering in TCD.

Robbie can express five emotions through his face to help those interacting with him tell how he is feeling.

Joanne is currently studying for her Leaving Certificate and did not attend today's launch with ITU Secretary General Dr Hamadoun I Touré.

However, she is expected to spend time getting to know Robbie in the coming months.

Robbie is, however, incomplete and the team says with further funding they could add functions and make it more autonomous. 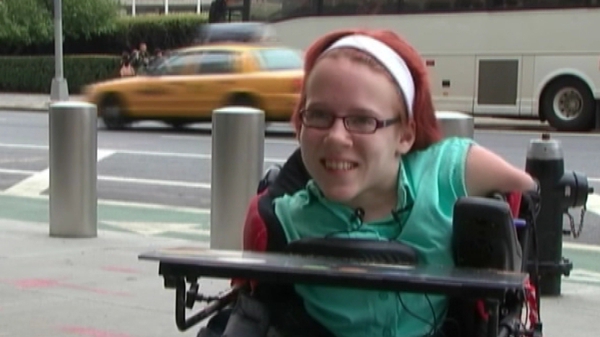