Australia said radars have failed to detect any sign of a missing Malaysian airliner and it was switching to skilled observers to spot any debris in the remote southern Indian Ocean.

The Australian Maritime Safety Authority is co-ordinating the hunt for Malaysia Airlines flight MH370 in the inhospitable region between the mainland and Antarctica, in an area about 1,220 nautical miles southwest of Perth.

"Noting that we got no radar detections yesterday, we have replanned the search to be visual," the head of ASMA's emergency response division John Young said.

"So the aircraft are flying relatively low, very highly trained and skilled observers are looking out of the aircraft windows, and looking to see objects."

That meant the search aircraft would have to fly more closely together, Mr Young said, adding "we will need more aircraft for a search of that type".

Five planes were in the air today - three Australian RAAF P3 Orions, one long-range corporate jet and a US Navy P8 Poseidon - as part of a global effort to find the Boeing 777 that vanished on 8 March.

Mr Young said today's weather was suitable for searching, but officials have so far drawn a blank in finding anything from the plane, which went missing en route from Kuala Lumpur to Beijing with 239 on board.

"We have no sighting yet," Mr Young said.

Australia is tasked with scouring the massive southern sector of the possible flight path of the plane, which appears to have been deliberately diverted mid-flight.

Authorities have gradually reduced the search area off Australia, with satellite imagery released yesterday apparently showing two objects that might be from the plane.

"Although this search area is much smaller than we started with it nonetheless is a big area when you are looking out the window and trying to see something by eye," Mr Young said.

"So we may have to do this a few times to be confident about the coverage of that search area."

Mr Young said authorities planned a similar search for tomorrow, only moving the target area to take into account the movement of any objects due to sea currents.

"These satellite image detections provide us with a good lead, as I said yesterday, it also correlates with the work that was done by the US National Transportation Safety Board [on the plane's flight path] and that gives a great degree of confidence in what it is that we're doing," he said.

"We remain focused on finding people alive, if they are to be found, and that's tomorrow's game."

Elsewhere, Australian Prime Minister Tony Abbott has defended his decision to reveal authorities had spotted possible wreckage from the missing plane, saying he owed it to the families affected.

Mr Abbott told parliament in Canberra yesterday that satellite images had shown two objects in the southern Indian Ocean that could have come from flight MH370.

His comments raised hope of a breakthrough in the plane's mysterious disappearance.

Asked whether he had "jumped the gun" on the release of the information, given that the grainy images taken on Sunday were indistinct, he said the families of those on board were owed the information.

"We owe it to the families and the friends and the loved ones of the almost 240 people on Flight MH370 to do everything we can to try to resolve what is as yet an extraordinary riddle," he said.

"We owe it to them to do everything we can to resolve this and because of the understandable state of anxiety and apprehension that they're in, we also owe it to them to give them information as soon as it's to hand and I think I was doing that yesterday in the parliament.

"Now, it could just be a container that's fallen off a ship. We just don't know.

"Australia will do its duty. It's about the most inaccessible spot you could imagine on the face of the Earth, but if there is anything down there, we will find it."

US may give sonar gear to Malaysia plane search

The Pentagon is weighing a request from Malaysia for sonar equipment to bolster the so-far frustrated search for Malaysia Airlines Flight MH370.

Malaysia's Defence Minister Hishammuddin Hussein asked for undersea surveillance equipment in a phone call with US Defense Secretary Chuck Hagel, as the Pentagon tallied $2.5m in costs so far in the nearly two-week-old search.

"No specific request was made for any particular type. It was just a general request for us to help them locate the wreckage and/or the black box," Pentagon spokesman Rear Admiral John Kirby said.

"The Secretary said he would consider the request, that he would examine whether we had anything that was both available and potentially helpful and that he would get back to the minister in the very near future."

The US Navy has a variety of active and passive sonar systems, some of which search the ocean for objects by emitting sound "pings" and monitoring the echoes that bounce back and others that listen for sound like an undersea microphone.

One system, called a "Towed Pinger Locator", is towed behind ships and is used to listen for downed Navy and commercial aircraft at depths of up to 6000 meters, according to the US Navy's website.

The US military loaned this technology to France during its two-year effort to locate the black box from an Air France jetliner that crashed into the Atlantic Ocean in June 2009.

The P-8 and P-3 spy planes, which the United States is already deploying in the Malaysian jetliner search, also carry "sono buoys" that can be dropped into the sea and use sonar signals to search the waters below.

"Sound actually travels a long distance under water, depending on the conditions," Admiral Kirby said.

"Temperature, current, the underwater topography, all of these things change the way sound travels underwater. But sound can travel a long, long way."

One big question will be where to drop any sonar equipment.

Mr Hishammuddin, who is also acting transport minister, has acknowledged that the clock was ticking.

The plane's "black box" voice and data recorder only transmits an electronic signal for about 30 days before its battery dies, after which it will be far more difficult to locate.

"We've got three more weeks to find those pingers on the black boxes - or else this plane may never be found," said Alan Diehl, who spent 40 years investigating aircraft accidents for the US National Transportation Safety Board, Federal Aviation Administration and US military.

He said the Pentagon should send submarines and moreaircraft.

In its first disclosure of the cost of the US search, the Pentagon estimated about $2.5m had been spent so far. It added the US Defense Department had set aside about $4m - enough to cover operations through early April. 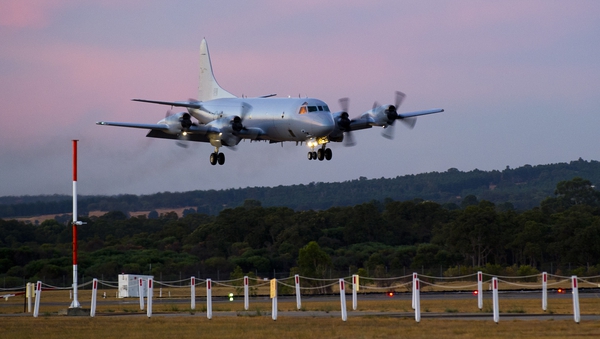