The increased use of incineration for the disposal of waste meant the quantity of household and related waste recycled in Ireland fell in 2012.

But according to new preliminary data from the Environmental Protection Agency, 2012 was the first year that a higher percentage of such municipal waste was recovered, rather than sent to landfill.

The new information also shows that the number of landfills in the country has almost halved between 2012 and 2013.

The figures on municipal solid waste generation and management provide information about how municipal waste is generated and disposed of.

According to the EPA, the shift is a result of the landfill levy and the growth of waste recovery solutions.

Energy recovery in the form of Ireland's first waste-to-energy incinerator, which became operational in 2012, and the burning of waste in cement kilns has also assisted in reducing the amount of rubbish going to landfill.

However, because of a lack of waste disposal options in the country, Ireland is now exporting more waste for disposal in other countries than ever before.

As a result of the growth of energy recovery and export options, the initial estimates indicate that the proportion of municipal waste recycled in 2012 was 38%, down from 40% the previous year.

According to the EPA, Ireland is on track to achieve the 2013 EU Landfill Directive target of diverting biodegradable municipal waste from landfill.

However, meeting the 2016 target is at risk, particularly should economic recovery lead to increased generation. 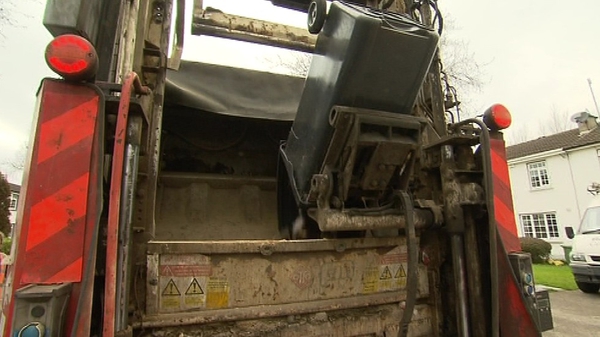 EPA says recession a factor in reduction of household waste