A Garda Inspectorate report has found that there were consistent and widespread breaches of policy by those charged with administering the penalty points system.

The Garda Inspectorate spent eight months investigating how the penalty points system works in practice and how it could be improved.

The 74-page report, containing 37 recommendations, was published this evening.

However, he added that some of the charges had not been established.

The minister said there had been an allegation that because some fixed charge notices had been cancelled, that seven people had lost their lives in road fatalities.

He said he has seen nothing to date to establish the truth of that.

The inspectorate found that there was no meaningful evidence of consistent quality-management supervision of the cancellation process, either at garda headquarters, regional, divisional, district or any level that would have detected and rectified these problems.

It said it is clear that the correction of inefficiencies in the system is not just a matter for the gardaí alone.

The report states that the accumulation of "fixes" over the years resulted in a technically deficient, managerially uncoordinated and inefficient support system.

The inspectorate also found that the system was fraught with wasteful use of garda and other stakeholder resources in administering the system.

Findings: State lost out on €7.4m potential revenue in summonses not served

The inspectorate said it was told by senior garda staff that the extent of the deficiencies within the penalty points system would not have been detected, but for the public scrutiny.

It recommends that the summons service process be reviewed to establish why so many summons are not served.

The inspectorate recommends a system be introduced immediately to ensure that all penalty points are endorsed on driving licences.

It recommends the cancellation authority for penalty points be centralised immediately.

Petitions for cancellation should only be considered when accompanied by factual third-party evidence and that all offenders be informed of the cancellation policy.

The report recommends that the Department of Transport address the legal difficulties in imposing penalty points on the drivers of company cars, hire cars and unregistered vehicles.

It said consideration should be given to enacting new legislation imposing heavy penalties on companies that refuse to name offending drivers.

The inspectorate also recommends gardaí who breach road traffic regulations while on duty without cause be disciplined.

In cases involving off-duty gardaí, it recommends that a superior officer be notified of any detection, as it could impact on his or her assignment duty.

The report contains case histories and recommendations for change in the statutory bodies that have a role in the operation of the penalty points system.

It details a number of cases where penalty points should not have been cancelled.

For example, one case of a taxi driver who had five cancellations in ten months and another case where a driver had three notices cancelled, two on consecutive days, because he claimed he was late for work.

The inspectorate has also recommended that a consolidated manual on the fixed charge notices system be produced within six weeks.

It recommends that the inspectorate conduct a full review of the management of the penalty points system in 12 months' time. 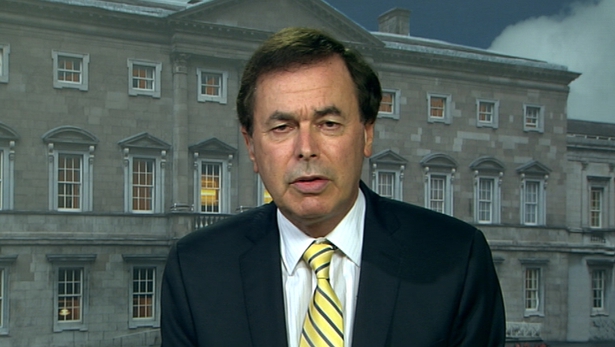 The report was presented to the Cabinet this afternoon by the Minister for Justice.

Asked whether he would apologise to the garda whistleblowers, Mr Shatter said: "I think it's unfortunate that the Opposition politicians are more interested in political play acting and in personality accusations than ensuring that we get this particular system right.

"I'm not getting into that in any detail. My job as Minister for Justice is to ensure we get it right now."

Minister Shatter said the issue of whether Sergeant McCabe should be fully reinstated in the force was an operational matter for the Garda Commissioner.

However, he said there are serious issues around a member of the gardaí liberally accessing confidential information on the PULSE system and distributing it to the general public.

He said as Minister for Justice he has, on occasions, to give voice to uncomfortable truths.

Chief Inspectorate Robert Olson said the information given to them by Sgt McCabe on the fixed charge processing system was credible.

Mr Olson said that when the inspectorate received the remit for the examination last summer, Sgt McCabe contacted them and provided them with a lot of information in relation to the system.

A Criminal Justice Working Group, recommended in the report, will hold its first meeting tomorrow.

An action plan, agreed with Garda Commissioner Martin Callinan, to implement the recommendations is said to have been drawn up and agreed by Government.

Commissioner Callinan welcomed the publication of the report and the "valuable feedback" it provided.

The commissioner said gardaí had already introduced new measures to strengthen the penalty points system and he looked forward to the involvement of officers in the new working group.

"Several recommendations contained in the Inspectorate's report are already well advanced," he said.

Commissioner Callinan added that he wanted to clarify his use of the term "disgusting" during his appearance at the PAC last January.

"My use of that term was not in reference to the character of either Sgt McCabe or former Garda Wilson, but the manner in which personal and sensitive data was inappropriately appearing in the public domain without regard to due process and fair procedures," he said.

The commissioner said any garda who reported wrongdoing had his "absolute support and commitment".

The Department of Transport has said it is keen for the issue to be sorted out, as it is waiting for legislation to be formally implemented.

It said: "The Department of Transport passed legislation to tighten up the imposition of penalty points on company and hire cars in 2010 but it has not been possible to formally implement this legislation without formal agreement from the Courts Service and the Gardaí on related areas."

Independent TD Mick Wallace, who initially raised the penalty points controversy, insisted the report showed the minister and the commissioner were unfit for office.

Fianna Fáil called once more for Mr Shatter to apologise to the two garda whistleblowers, Mr Wilson and Sgt McCabe.

A former garda ombudsman has criticised politicians of all parties for not addressing the problems within the penalty points system when they were first highlighted over six years ago.

Conor Brady said GSOC carried out an investigation into the operation of the system in 2007.

It found it to be utterly dysfunctional and ineffective and that only 17% of all cases were brought to a conclusion.

Speaking on RTÉ's Today programme, Mr Brady also said the report was laid before the Oireachtas, but no politician referred to it.

He replaces Oliver Connolly who was sacked last month. 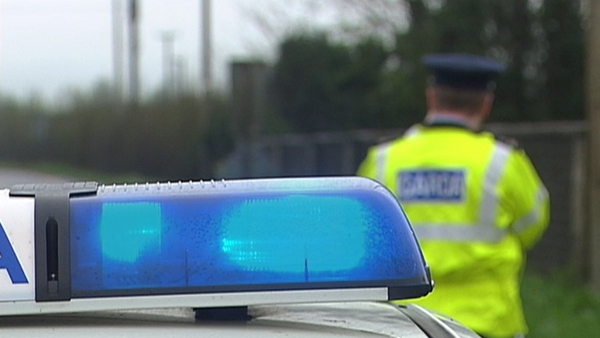