Sri Lanka has warned that US efforts to force an international investigation into alleged war crimes on the island could have an "adverse impact" on all developing nations.

The Colombo government told the ongoing UN Human Rights Council in Geneva that a draft resolution against Sri Lanka could set a "bad precedent".

The US has given notice of a resolution backing UN rights chief Navi Pillay's call for an external probe into charges that Sri Lankan troops killed up to 40,000 civilians while crushing Tamil rebels in 2009.

"Being intrusive, politicised and in clear contravention of accepted principles of conduct in the council, the resolution sets a bad precedent, and can in the medium-to-long term have an adverse impact on all developing countries in the council," Sri Lanka's envoy in Geneva, Ravi Aryasinha, said.

In his statement to the council, a copy of which was released in Colombo, Mr Aryasinha said the draft resolution was also a violation of Sri Lanka's sovereignty as well as its constitution.

Dozens of pro-government women staged a demonstration outside the US embassy in Colombo, denouncing the US-led censure move at the UNHRC.

International rights groups and UN experts have said there are "credible allegations" that up to 40,000 Tamil civilians were killed after government forces ordered them into a no-fire zone in 2009.

The US-led resolution asks Ms Pillay to give an oral report on progress to the council at its 27th session in September, and provide a written report by March 2015.

The draft also called on Sri Lanka to investigate allegations of military excesses and expressed "serious concern" over continuing reports of human rights violations five years after the end of the decades-long separatist war.

The council is expected to vote on 28 March on the resolution, the third in as many years against Colombo.

At least 100,000 people were killed in the 37-year battle for a separate homeland for ethnic minority Tamils before Mr Rajapakse's troops crushed the Tamil Tiger rebels. 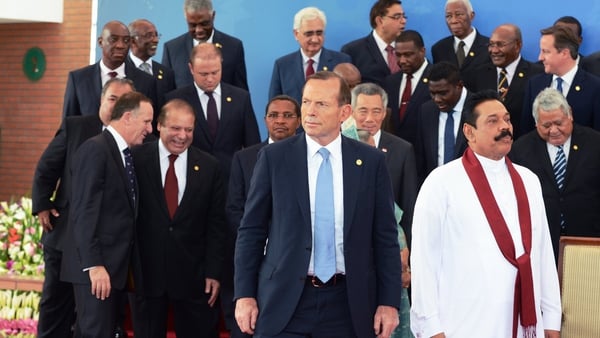