Armed men thought to be Russians drove a truck into a Ukrainian missile-defence post in the Crimea region but a stand-off was resolved without a shot being fired, witnesses said.

Initial reports said the truck had smashed through the gates of the base in the port city of Sevastopol and that it was being stormed.

However, a Reuters reporter on the scene did not see any signs of major damage to the gates and the base was quiet.

Crimea's pro-Russia premier, Sergei Aksyonov, was asked about the incident during a political chat show shown live on Ukrainian television and said all was calm at the military post.

A Ukrainian military official said that the armed group inside had not seized any weapons.

Russian forces have taken over some military installations and other buildings on the peninsula, where Russia's Black Sea Fleet has a base, but both sides have held their fire.

Earlier today, the UN voiced concern about plans by regional authorities in Crimea to hold a referendum on whether to secede from Ukraine and join Russia and warned against decisions being taken "in the heat of the moment."

The east-west confrontation sparked by the overthrow last month of President Viktor Yanukovych after violent protests in Kiev escalated yesterday when Crimea's parliament, dominated by ethnic Russians, voted to join Russia and called for a 16 March vote on the issue.

European Union leaders and US President Barack Obama denounced the referendum as illegitimate, saying it would violate Ukraine's constitution. The UN did not directly comment on the legality of such a referendum.

Separately, the UN assistant secretary-general for human rights, Ivan Simonovic, plans to visit western and eastern Ukraine soon, including the pro-Russian Crimea region, where another UN envoy, Robert Serry, was forced out on Wednesday.

Mr Serry had to abandon his mission to Crimea after he was stopped by armed men and besieged inside a cafe by a hostile crowd shouting "Russia! Russia!" The Dutch diplomat later flew to Istanbul before returning to Kiev.

A group of international observers was prevented from entering Crimea yesterday by men in military fatigues, Poland said.

The UN has said it has been made clear to all parties that they hope Mr Simonovic will have full access wherever he goes during his eight-day mission in Ukraine.

He said Russia could not ignore calls for help from Russian speakers in Ukraine.

After an hour-long telephone call, Mr Putin said in a statement that Russia and the US were still far apart on the situation in the former Soviet republic.

He said the new authorities there had taken "absolutely illegitimate decisions on the eastern, southeastern and Crimea regions".

Serhiy Astakhov, an aide to the border guards' commander, said there were now 30,000 Russian soldiers in Crimea.

That compares to the 11,000 permanently based with the Russian Black Sea fleet in the port of Sevastopol before the crisis.

Mr Putin denies that the forces with no national insignia surrounding Ukrainian troops in their bases are under Russia’s command, although their vehicles have Russian military plates.

The West has ridiculed this claim.

Taoiseach Enda Kenny said that a broad range of economic sanctions would be imposed on Russia if the situation deteriorated in Ukraine.

Speaking at a joint press conference with German Chancellor Angela Merkel, Mr Kenny echoed the statement from the European Council that a range of measures will be implemented if the Ukrainian crisis worsens due to Russian involvement.

He said a clear message has been sent to Mr Putin from the European Council.

The EU, Russia's biggest economic partner and energy customer, adopted a three-stage plan to try to force a negotiated solution, but it stopped short of immediate sanctions.

The Russian Foreign Ministry responded angrily, calling the EU decision to freeze talks on visa-free travel "extremely unconstructive" and warning that Russia would retaliate against any sanctions.

The EU and the US also rushed to strengthen the new authorities in economically shattered Ukraine, announcing both political and financial assistance.

Promises of billions of dollars in Western aid for the Kiev government, and the perception that Russian troops are not likely to go beyond Crimea into other parts of Ukraine, have helped reverse a rout in the local hryvnia currency.

In the past two days it has traded above 9.0 to the dollar for the first time since the Crimea crisis began last week.

Meanwhile, Interpol has said it is considering a request from Ukraine's new government to issue an arrest warrant for Mr Yanukovych.

The international police organisation confirmed it had received a request from authorities in Kiev on Wednesday to issue a "Red Notice", or international wanted persons alert, for Mr Yanukovych on charges including abuse of power and murder.

The request "is being assessed by Interpol's office of legal affairs to determine whether it conforms with the organisation's constitution and rules", it said in a statement.

"All Interpol member countries have been informed of the ongoing review."

Ukraine's interim prosecutor said on 26 February that the government in Kiev had requested an international arrest warrant for Mr Yanukovych over the "mass murder" of protesters during the anti-government demonstrations that toppled the pro-Russian leader four days earlier.

At the time, Mr Yanukovych's whereabouts were unknown, though he resurfaced in Russia two days later.

Russia is an Interpol member, but the organisation stressed that it "cannot compel any member country to arrest the subject of a Red Notice".

Mr Yanukovych was ousted after weeks of protests after he refused to sign a landmark association accord with the European Union. 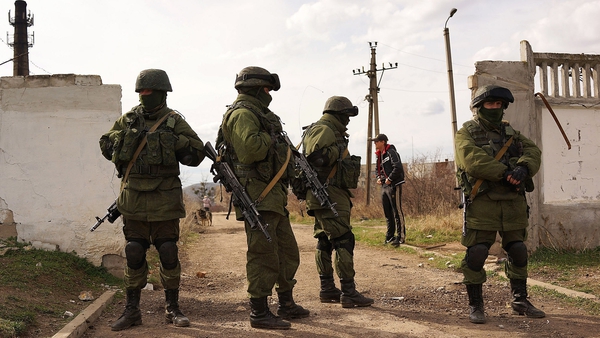