A crowd of 150 people have protested outside Mullingar Garda Station in Co Westmeath in support of garda whistleblower Sergeant Maurice McCabe.

Members of Justice for All, the Shell to Sea as well as individuals from all over the country were at the protest.

Whistleblower, retired garda, John Wilson was also at the protest.

He said afterwards that a full, sworn judicial inquiry is going to be needed to independently investigate not only the cases presented by himself and Sergeant Maurice McCabe but dozens of other incidents that have now been raised for scrutiny by people from around the country.

Among the protesters were Frank McBrearty from Donegal and the Roscommon South Leitrim TD Luke ‘Ming’ Flanagan. 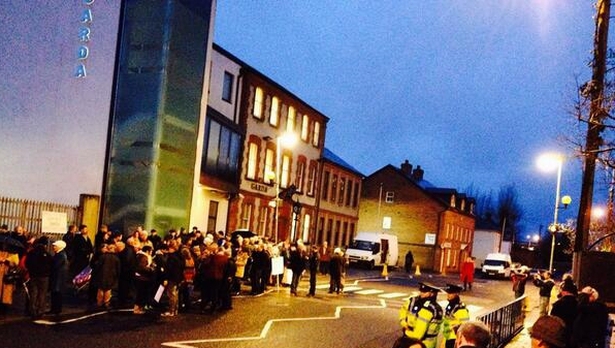