President Vladimir Putin has delivered a robust defence of Russia's actions in Crimea and said he would use force in Ukraine only as a last resort.

However tension remained high with fears that the East-West strain over Ukraine could lead to war.

Russian forces fired warning shots in a confrontation with Ukrainian servicemen at an air base earlier, while Russian navy ships were reported to have blockaded the strait separating the Ukrainian Black Sea peninsula from Russia.

At his first news conference since the crisis began, Mr Putin said Russia reserved the right to use all options to protect compatriots who were living in "terror" in Ukraine, but force was not needed for now.

"As for bringing in forces, for now there is no such need, but such a possibility exists," he said.

"What could serve as a reason to use military force? It would naturally be the last resort. Absolutely the last."

Western sanctions under consideration against Russia would be counter-productive, he said.

A senior United States official said Washington was ready to impose them in days rather than weeks.

The Russian Foreign Ministry warned that Moscow would retaliate.

The White House said Russia's ICBM test launch was "routine," saying the US had advanced notification of the test.

US President Barack Obama acknowledged that Russia had legitimate interests in Ukraine, but said that did not give Mr Putin the right to intervene militarily.

Canadian Prime Minister Stephen Harper said after speaking to Mr Obama over the weekend that the Group of Seven leading industrialised nations were considering meeting in the near future, a move that would pointedly exclude Russia.

The G7 became the G8 in 1998 when Russia was formally included.

A senior Washington official has tonight the US will not participate in the G8 summit in Sochi, unless Moscow reverses on Ukraine.

Meanwhile US Secretary of State John Kerry, on his first visit to Kiev since the overthrow of Russian-backed President Viktor Yanukovych, accused Moscow of seeking a pretext to invade more of the country.

He described the experience as "moving, distressing and inspiring".

He met Ukraine's interim leaders and announced a $1bn (€728m) economic package and technical assistance for the new government.

Mr Putin said there had been an unconstitutional coup in Ukraine, and Mr Yanukovych, who fled to Russia last week, was still the legitimate leader.

No Ukrainian government elected "under such terror as we see now" would be legitimate, he said.

Mr Kerry said the US was not seeking a confrontation and would prefer to see the situation managed through international institutions, such as the Organisation for Security and Co-operation in Europe (OSCE).

Ukrainian Prime Minister Arseny Yatsenyuk told reporters in Kiev that the Ukrainian and Russian governments had begun consultations on the crisis "at the level of ministers".

The ousting of Mr Yanukovych on 22 February after months of street protests in Kiev and Russia's seizure of control in Crimea have prompted the most serious confrontation between Moscow and the West since the end of the Cold War.

Western governments have been alarmed at the possibility that Russia may also move into eastern and southern Ukraine, home to many Russian speakers, which Mr Putin did not rule out.

"There can be only one assessment of what happened in Kiev, in Ukraine in general. This was an anti-constitutional coup and the armed seizure of power," he said.

Earlier, Mr Putin ordered troops involved in a military exercise in western Russia, close to the border with Ukraine, back to their bases.

He said armed men who had seized buildings and other facilities in Crimea were local groups.

In a sign of the fragility of the situation in Crimea, a Russian soldier fired three volleys of shots over the heads of unarmed Ukrainian servicemen who marched bearing the Ukrainian flag towards their aircraft at a military airfield surrounded by Russian troops at Belbek, near Sevastopol.

After a stand-off in which the two commanders shouted at each other and Russian soldiers levelled rifles and rocket-propelled grenade launchers at the Ukrainians, the incident was defused and the Ukrainians eventually dispersed. No one was hurt.

The Ukrainian border guard service said Russian navy ships had blocked both ends of the Kerch Strait between Crimea and Russia, but Ukraine's infrastructure ministry said the 4.5km-wide waterway was still open for civilian shipping. 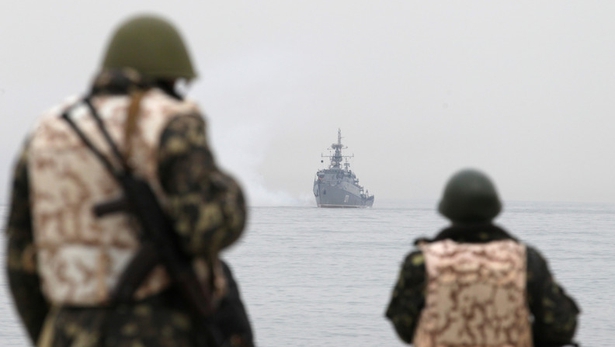 In further pressure on Kiev, Russia's top gas producer Gazprom said it would remove a discount on gas prices for Ukraine from April.

Mr Putin secured parliamentary backing at the weekend to invade Ukraine if necessary to protect Russian interests and citizens after Mr Yanukovych's downfall.

Russia's Black Sea Fleet has a base in Crimea, a peninsula with an ethnic Russian majority.

Mr Putin is dismayed that the new leadership in Ukraine has plotted a course towards the European Union and away from what had been Moscow's sphere of influence during generations of Soviet Communist rule.

Ukraine said observers from the OSCE would travel at its invitation to Crimea in an attempt to defuse the military stand-off there.

It was not clear if Russia would let them into the peninsula.

Ukrainian officials say Moscow has poured additional troops into Crimea, which former Soviet leader Nikita Khrushchev transferred from Russia to Ukraine in 1954 when both republics were part of the Soviet Union.

The US yesterday suspended all military engagements with Russia, including military exercises and port visits, and froze trade and investment talks with Moscow.

A Kremlin aide said that if the US did impose sanctions, Moscow might drop the dollar as a reserve currency and refuse to repay loans to US banks.

The EU, which will hold an emergency summit on Thursday, has threatened unspecified "targeted measures" unless Russia returns its forces to their bases and opens talks with Ukraine's government.

Western leaders are not considering a military response, but NATO Secretary-General Anders Fogh Rasmussen said the Western allies would intensify their assessment of how Russia's military moves in Ukraine affect the alliance's security.

"NATO allies stand together in the spirit of strong solidarity in this grave crisis," he told reporters in Brussels after NATO ambassadors met at Poland's request.

Chinese President Xi Jinping told Mr Putin that he believes Russia can push for a political settlement to the Ukraine crisis in co-ordination with other parties, China's foreign ministry said.

Mr Xi said during a telephone call late today "the situation in Ukraine, which seems to be accidental, has the elements of the inevitable", the foreign ministry said in a brief statement.

He described the situation in Ukraine as "highly complicated and sensitive", with regional and global implications.

The Kremlin said Mr Putin and Mr Xi hold "close" views on Ukraine. Russia and China both have veto powers on the U.N. Security Council.

Moscow said Mr Putin and Mr Xi expressed hope that "the steps taken by the Russian leadership will allow for the reduction of... tension and provide for the security of Russian-speaking citizens living in Crimea and the eastern regions of Ukraine".

China and Russia have close ties and see eye-to-eye on many international diplomatic issues, such as the crisis in Syria.

China has so far shown little public interest in participating in any financial aid for Ukraine, or getting involved diplomatically, in line with its low-key approach to many international crises.

The foreign ministry has said it will not interfere in what it considers an internal affair and that it respects the Ukrainian people's decisions, adding that it would like to continue to develop "friendly cooperation" with Ukraine. 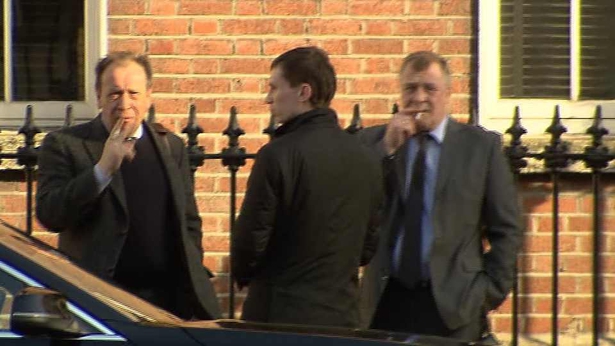 Tánaiste and Minister for Foreign Affairs Eamon Gilmore summoned the Russian Ambassador to Ireland to a meeting in Dublin this afternoon.

The Tánaiste said he would be expressing Ireland's condemnation and deep concern at Russia's actions in Crimea.

Mr Gilmore said the EU wants to see a peaceful solution to the current crisis.

However, he warned that if Russian authorities do not de-escalate the situation, the EU will take consequential action.

Mr Gilmore also said there was huge potential for economic growth in Ukraine if matters were handled correctly. 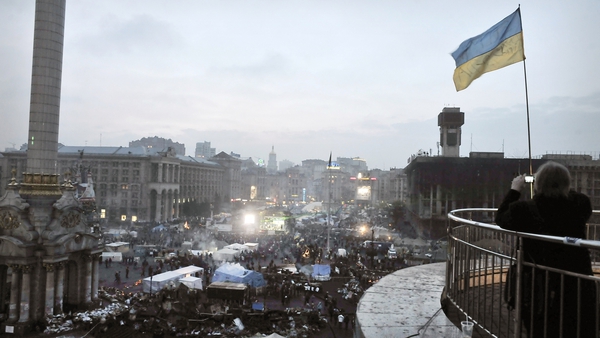