Caution: Readers may find some of the detail contained in this story distressing.

A 30-year-old man who threatened to cut the throats of two young girls as he repeatedly raped them has been sentenced to life in prison.

The man pleaded guilty to raping the nine and six-year-old girls after luring them to a flat in Athlone, Co Westmeath last September.

The children were attending a party at a relative's home when he lured them to a flat pretending he had a six-year-old daughter who was too shy to come out to play.

Once inside he violently raped the children and threatened to cut their throats and told them he would cut their parents' throats if they did not comply.

He also slapped one of the girls.

After the attack he told them to stay in the room for 20 minutes but they managed to escape through a window.

The girls' parents raised the alarm after they had been noticed missing.

They were found just as a 999 call was made. Gardaí were called again after the girls told their parents what "a bad man" had done to them.

One of the children's fathers recorded the child on his mobile phone describing what had happened. The attacker was spotted by one of the victim's mothers and men at the scene detained him.

The two girls were treated for their injuries at a sexual assault treatment unit. They later described their ordeal to specialist child interviewers.

One of the girls described the man's tattoos and recalled feeling "scared and worried" during the attack.

The six-year-old said the man's threats to kill her parents made her feel very sad because she did not want him to cut her mother or father’s throat.

The court heard the accused man admitted his crimes on his fifth interview after arrest.

He said he was off his head on drink and had been taking Valium but he said could not use that as an excuse.

He has a large number of previous convictions for a range of offences including public order, intoxication, criminal damage, burglary and had been given a number of short sentences, the longest of which was six months.

He had no previous convictions for sexual offences.

In a victim impact statement read to the court by prosecuting counsel, the mother of the nine-year-old girl said her daughter's life was threatened and she was "made to feel in her little heart that she would die if she did not comply".

She said she was highly traumatised beyond belief. His cold calculated decision to rape her daughter had changed their lives forever.

She said the agony of knowing her daughter was being brutally raped yards from where she grew up was surreal and unbelievable and she was living a nightmare she could not wake up from.

"I told my daughter I loved her and it wasn't her fault and she was so brave for escaping."

She said she was tormented by unrelenting images of her nine-year-old and could "picture her little face ... can almost hear her heart beating, her pain and her little body being defiled by him ... the body of an innocent child in a manner that is animalistic."

She said her daughter had suffered further physical and mental anguish after the attack by having to undergo the necessary invasive examinations. She was violently sick from anti-HIV medicine designed for adults.

Her pain and suffering continues long after the rape. She does not feel safe anymore and has to be driven to school, she said.

She said her heart aches for the beautiful unspoiled girl her daughter was. The girl's father said he could not fathom the act. He was sitting on an emotional time bomb with his daughter and it had affected the other children in the family.

In his victim impact statement, the father of the six-year-old girl said delivering the statement in person was something he had to do for his daughter.

He said he wanted to be able to answer his daughter and say "I chose to do this for you".

He described the attack as an act of depravity not fit for a society with six-year-olds.

He said it was like "a bomb going off in our ears" when they heard what had happened to their daughter.

He asked when should a parent ever have to hear their six-year-old daughter ask such questions as his daughter did after the rapes.

He said the "adult mind explodes inside" as you have to explain and it "cuts like a knife".

The father of the youngest girl said he hopes what his daughter saw that day will become a faint memory.

He said she had to stand by and watch her friend being raped, afraid to move in case he slit her throat as he had threatened to do to her parents.

He said his daughter has moments of anxiety every day and does not want to be on her own at any time.  She developed mouth ulcers, sleeplessness, panic attacks.

He said the family lived daily and nightly with the new world created by this man and said darkness and fear overtook every part of their lives in seconds.

He said they had all been touched by an evil, that so much had been taken away from them and they had been left fragile, anxious, insecure and living in fear that life could get worse.

The court heard the convicted man was not a major offender but was constantly in trouble and was in and out of prison for minor offences.

He had alcohol and substance abuse problems from a very early age and had been in contact with psychiatric services.

He had been abandoned by his father when he was six and was hospitalised as a child after he turned blue during a choking incident.

He had been released from prison not long before he raped the two young girls and had been staying in the flat where the rapes took place.

His senior counsel Martin Giblin said the man had indicated at a very early stage he wanted to cooperate with the investigation.

Mr Giblin said the offences were extremely serious - as serious as any that had come before the court and he did not want anything he said to be understood as diminishing the seriousness of the offences or the impact on the girls and their families.

But he told the judge an indeterminate sentence was not called for in this case.

He said there was not any evidence in the man's medical background of paedophilia.

He came from a very difficult family background and he said the extent of his cooperation with the prosecution had to be taken in to account.

Mr Giblin said if the court imposed an indeterminate sentence in this case there would be no incentive for others to plead guilty in such cases.

Lawyers for the DPP said it was the director's view that these offences were at the upper end of the scale because of the nature of the behaviour, the age of the victims, the premeditation and the multiplicity of the assaults.

Before imposing life sentences, Mr Justice Paul Carney said he would find it too upsetting to recite the attacks as outlined in this morning's sentence hearing.

He said a feature of the case was to observe the "hard boiled press corps having difficulty listening to the facts emerging".

He said the accused’s dysfunctional background afforded little if any mitigation and the question of drink or drugs afforded no defence.

He said in the normal course of events he would be entitled to a substantial discount for pleading guilty but the case was too serious.

"For the past 20 years I have refrained from saying this is the worst case ever because doing so has always prompted a worse case the following week". He sentenced him to life in prison on all five counts of rape. The sentences are to run concurrently.

The man showed no reaction and was quickly led away by prison officers.

The victims' families broke down in tears as sentence was passed. There were emotional scenes in court as the families embraced investigating gardaí. 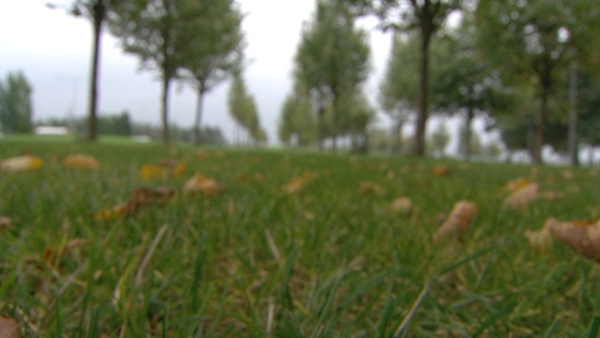