In its latest report on files leaked by US whistleblower Edward Snowden, the Guardian newspaper claims a surveillance programme operated by GCHQ, with aid from the US' National Security Agency (NSA), collected still images of Yahoo webcam chats.

Between 3% and 11% of the Yahoo webcam imagery stored by the Cheltenham-based listening post contain "undesirable nudity", the previously top-secret documents reveal.

Internet giant Yahoo reacted furiously to the claims, branding them a "whole new level of violation".

Revealing that sexually explicit pictures proved to be a problem for GCHQ, the leaked document said: "Unfortunately... it would appear that a surprising number of people use webcam conversations to show intimate parts of their body to the other person.

"Also, the fact that the Yahoo software allows more than one person to view a webcam stream without necessarily sending a reciprocal stream means that it appears sometimes to be used for broadcasting pornography."

Codenamed Optic Nerve, the operation saved images to agency databases, regardless of whether individual users were suspected of wrongdoing, The Guardian said.

Rather than collecting webcam chats in their entirety, the program saved one image every five minutes from the users' feeds, the newspaper added.

Dating between 2008 and 2010, the GCHQ files reportedly show in one six-month period alone, the agency collected webcam imagery, including substantial quantities of sexually explicit communications, from more than 1.8 million Yahoo user accounts globally.

Optic Nerve began as a prototype in 2008 and was still active in 2012, The Guardian said.

The system was used for experiments in automated facial recognition, to monitor GCHQ's existing targets, and to discover new targets of interest, the newspaper added.

A Yahoo spokeswoman said: "We were not aware of, nor would we condone, this reported activity.

"This report, if true, represents a whole new level of violation of our users' privacy that is completely unacceptable and we strongly call on the world's governments to reform surveillance law consistent with the principles we outlined in December.

"We are committed to preserving our users' trust and security and continue our efforts to expand encryption across all of our services."

Mr Snowden originally leaked information last May to The Guardian, Washington Post, a location in Rio de Janeiro and another in Germany, which revealed mass surveillance programmes such as the NSA-run Prism and the GCHQ-operated Tempora.

Under the Tempora operation, Cheltenham-based GCHQ is understood to have secretly accessed fibre-optic cables carrying huge amounts of internet and communications data and shared the information with the NSA.

Critics have claimed Mr Snowden's disclosures have aided terrorists, while others believe the move could be illegal.

Earlier this year, MI5 director general Andrew Parker warned in a speech that revealing details about the work of GCHQ was a "gift to terrorists", while Sir John Sawers, head of MI6, said terrorists were "rubbing their hands with glee".

But supporters believe the leaks exposed an abuse of powers among the security and intelligence services in the UK and US and have contributed to a much-needed debate on their oversight and role.

Nick Pickles, director of civil liberties campaigner group Big Brother Watch, said: "Secretly intercepting and taking photographs from millions of people's webcam chats is as creepy as it gets.

"We have CCTV on our streets and now we have GCHQ in our homes.

"It is right that the security services can target people and tap their communications but they should not be doing it to millions of people.

"This is an indiscriminate and intimate intrusion on people's privacy.

"It is becoming increasingly obvious how badly the law has failed to keep pace with technology and how urgently we need a comprehensive review of surveillance law and oversight structures.

"As more people buy technology with built-in cameras, from Xbox Kinect to laptops and smart TVs, we need to be sure that the law does not allow for them to be routinely accessed when there is no suspicion of any wrongdoing.

"Orwell's 1984 was supposed to be a warning, not an instruction manual." 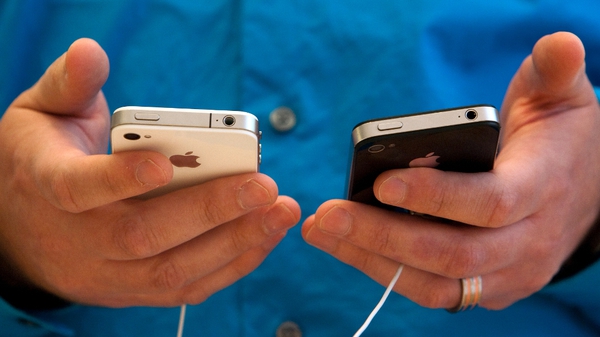