Syria shipped out a fourth consignment of chemical weapons for destruction today.

However, the international watchdog monitoring the destruction of Syria’s chemical arsenal urged swifter progress towards a missed turn-of-the-year deadline to surrender the most dangerous agents.

The mustard gas loaded onto a cargo ship in the Mediterranean port of Latakia was one of five "priority chemicals" in Syria's arsenal which it was supposed to have handed over by 31 December under a disarmament deal approved by the UN Security Council last August.

The feared weapon, made notorious by its use during World War I, is to be destroyed at sea aboard a US vessel, the MV Cape Ray, under the supervision of the UN and the Organisation for the Prohibition of Chemical Weapons (OPCW).

Like the last shipment of chemical weapons on 10 February, the OPCW gave no details on the volume of mustard gas handed over for destruction.

"The removal of this sulphur mustard is an encouraging and positive development," said the watchdog's chief Ahmet Uzumcu.

"Much work nonetheless remains to be done, and we look to the Syrian government to accelerate its efforts to transfer the remaining chemicals in regular, predictable and systematic movements."

Syria has missed a string of deadlines in a tight disarmament timetable aimed at eliminating its entire chemical arsenal by 30 June and diplomats openly admit that the final target date is no longer achievable.

But the major diplomatic players in the three-year-old conflict are deeply divided over what to do about it.

Syrian government allies China, Iran and Russia want flexibility over the timetable, but the United States and the European Union have insisted on being strict.

Syria has declared around 700 tonnes of most-dangerous chemicals, 500 tonnes of less-dangerous precursor chemicals and around 122 tonnes of isopropanol, which can be used to make sarin nerve gas.

The first were supposed to have been removed by 31 December, the second by 5 February and the third by a, now unachievable, 1 March deadline.

The Syrian government insists that it has been doing its best to deliver the chemical weapons in the midst of a raging civil war and has asked for a 100-day extension to an end-of-May deadline for it to ship out the totality of its chemical arms.

But its Western detractors have accused it of stalling.

"The Syrian government continues to put its energy into excuses, instead of actions," the US representative in the OPCW, Robert Mikulak, said on Friday.

The watchdog's executive council is to meet again early next month in a bid to agree a response to the slippage in the timetable.

Syria signed on to the deal to avert the threat of US military strikes following deadly chemical attacks outside Damascus last August that the West blamed on President Bashar al-Assad's regime.

The plan calls for the chemicals to be taken from Syria's main port Latakia under Western escort to a US vessel which will break them down using hydrolysis, a process expected to take 90 days.

Meanwhile, scores of rebel fighters were killed in an army ambush at the entrance to an opposition stronghold east of the Syrian capital, state television and a monitoring group said.

"Acting on information and in a well-organised ambush, our courageous army killed dozens of Al-Nusra Front terrorists, most of them non-Syrians, in the Eastern Ghouta area," said state television.

It said 175 rebels were killed in the attack.

The army also seized the rebels' weapons, the channel said, using the term "terrorists" to refer to the fighters.

The Eastern Ghouta area is a key rebel stronghold outside the capital.

The area was the target of a chemical attack in August 2013 that killed hundreds of people.

Al-Nusra Front is an Al-Qaeda-linked group that has joined rebels in the armed revolt to topple President Bashar al-Assad.

The Syrian Observatory for Human Rights confirmed the report.

"Dozens of Islamist fighters were killed and wounded in an ambush by loyalist troops, with the help of (Lebanon's Shiite group) Hezbollah, near Otaybeh village in the Eastern Ghouta area," said the Britain-based group.

A security source said most of the fighters were Jordanians or Saudis, and that they had crossed over into Syria from Jordan earlier the same day.

The Otaybeh area has seen several army ambushes in past months.

Syria's war has since March 2011 killed more than 140,000 people and forced millions more to flee. 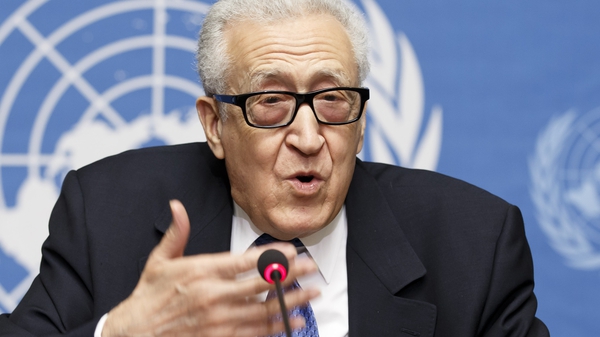