A Syrian opposition politician has said that new Syria peace talks would be useless if the regime continues to refuse to discuss a political transition after a second round ended without progress.

The goal of the talks, which in January's first round saw the Syrian foes sit down for the first time since the war erupted in 2011, was to implement the so-called Geneva communique.

That document was crafted by world powers at a 2012 conference and calls for a transition government in war-torn Syria.

But the plan was never implemented amid spiralling fighting on the ground and a gulf between the opposition and regime over whether President Bashar al-Assad and his acolytes could play any role in creating a future Syria.

The week of negotiations ended with no date set for new talks.

The regime insists that before politics the talks must resolve "terrorism", its blanket term for a revolt it says is fuelled by foreign jihadists and Gulf money.

The opposition rejects that, saying its own forces are battling al-Qaeda-linked fighters.

It has accused the regime of terror tactics like raining "barrel bombs" onto opposition-held communities and deploying fighters from the Iranian-backed Lebanese Shia militia Hezbollah.

UN mediator Lakhdar Brahimi said he was "very, very sorry" that the rounds had ended without progress towards ending the three-year conflict that has claimed more than 136,000 lives.

The regime, he said, had refused to discuss the issue of political change before completely wrapping up the subject of "terrorism".

"The regime is stalling," Mr Safi said, calling on Syria's key ally Moscow to push Damascus harder to give ground.

"We have been disappointed not only by the regime but other sponsors," he said, insisting that "so far clearly the Russians have not prevailed over the regime that wants to stall."

"I'm very sorry to say ... there is nothing positive we can take from these two rounds."

The death toll in nearly three years of conflict in Syria has risen to more than 140,000 people including nearly 50,000 civilians, the Syrian Observatory for Human Rights.

In a new toll, the Britain-based NGO said 140,041 people had been killed since the uprising began in March 2011, gradually transforming into a bloody civil war.

More than 24,000 of those killed were rebels, along with another 8,972 members of the jihadist Islamist State of Iraq and the Levant and the Al-Qaeda-affiliated Al-Nusra Front.

The Observatory said 33,591 soldiers had been killed, along with 20,608 members of pro-regime militias.

Lebanon's powerful Shia Hezbollah movement, which is allied with the Syrian regime, has lost 275 fighters in the conflict, the NGO said.

And another 360 fighters from various foreign Shia groups fighting for the Syrian government were killed, it added.

The Observatory also recorded at least 2,837 deaths of unidentified individuals. 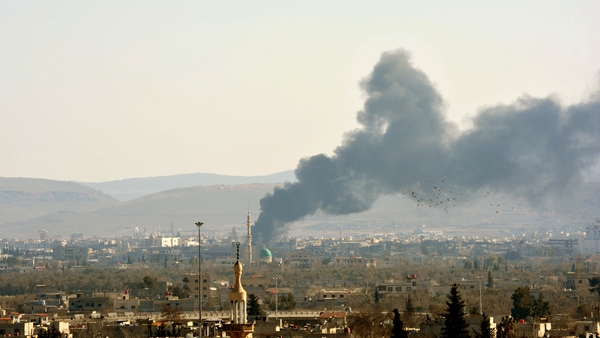