The Minister for Public Expenditure and Reform Brendan Howlin has said that discussions regarding universal health insurance have not yet been held at a political level.

Mr Howlin said there has been an interaction at official level in relation to the cost and structures.

He said his department has a responsibility to look at the cost of every proposal.

Mr Howlin said there will be lots of dialogue at an official level before it gets to a political level.

He said it is an important proposal for the Government and one of the "bedrock issues" that both parties have agreed on.

The minister was responding to reports in The Irish Times that officials from his department had sent a letter to the Department of Health saying that the plans for universal health insurance pose a risk to the State's financial stability.

Mr Howlin also denied there was any tension between himself and Minister for Health James Reilly.

He said: "On a personal level, we get on extremely well. It annoys me to see it being personalised by some. In fact, that is not true.

"But on an official level, I have to always interact with every line minister. My job is to ensure that the fiscal recovery that we've had, the great progress we've made, is sustained."

In a statement this afternoon, Mr Reilly said it is hoped that a White Paper on universal health insurance will be published in the coming weeks.

He said: "A public consultation process on the detail of UHI will be held after the publication.

"The Department of Health has given clear assurances to show that UHI will be introduced with strong measures to control the costs."

Elsewhere, Minister for Social Protection Joan Burton said the commitment by the Government is an important one, but it has to be at the right price.

Ms Burton said some of the pricing in other European countries is extremely high.

She said it is important in designing a system that is of critical importance to people that it is cost effective. 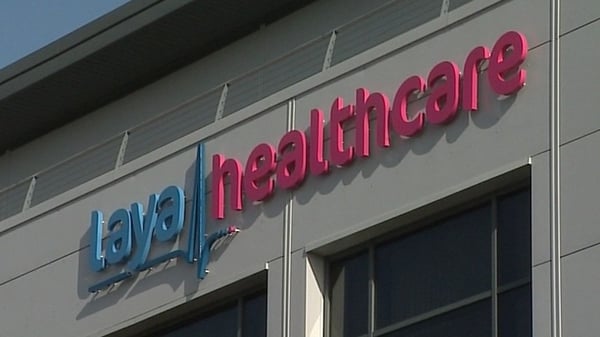 Laya Healthcare to raise premiums by average of 20%