A federal judge in the US state of Virginia ruled that the state's ban on same-sex marriage was unconstitutional.

US District Judge Arenda Wright Allen stayed her decision, however, meaning gay couples in Virginia will not be able to marry until appeals are heard.

A US federal judge struck down the state of Oklahoma's ban on same-sex marriage in mid-January, saying it was unconstitutional, one month after a similar action by a federal judge in Utah.

"The court is compelled to conclude that Virginia's marriage laws unconstitutionally deny Virginia's gay and lesbian citizens the fundamental freedom to choose to marry," Judge Wright Allen said in her ruling.

"Government interests in perpetuating traditions, shielding state matters from federal interference, and favouring one model of parenting over others must yield to this country's cherished protections that ensure the exercise of the private choices of the individual citizen regarding love and family."

It follows a landmark Supreme Court decision in June finding that couples in same-sex marriages were entitled to the same benefits and protections as their heterosexual counterparts.

Marriage laws are governed by individual US states, nearly 30 of which have amended their constitutions to ban same-sex marriage. 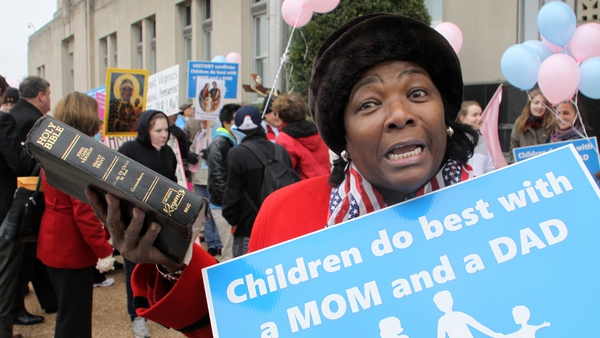 US govt to expand recognition of same-sex marriage