US Attorney General Eric Holder will expand government recognition of same-sex marriages in all federal courtrooms and prisons tomorrow.

It will ensure they receive the same benefits as heterosexual ones.

Under the new policy, same-sex couples will enjoy the privileges even in states that do not recognize their marriages, so long as they legally wed in another state.

Among the key benefits the Justice Department will now ensure are extended to same-sex couples are the compensation fund for the 11 September, 2001 attacks, as well as death and educational benefits for the surviving spouses of police officers and firefighters injured or killed in the line of duty.

"In every courthouse, in every proceeding, and in every place where a member of the Department of Justice stands on behalf of the United States, they will strive to ensure that same-sex marriages receive the same privileges, protections and rights as opposite-sex marriages under federal law," Holder said.

Same-sex couples would also be held to the same legal standard as their heterosexual counterparts on matters such as how debts are handled in federal bankruptcy proceedings and visitation policies at federal prisons, as well as compassionate release or sentence reductions in certain cases of crisis involving their spouse.

"This landmark announcement will change the lives of countless committed gay and lesbian couples for the better. While the immediate effect of these policy decisions is that all married gay couples will be treated equally under the law, the long-term effects are more profound," said Chad Griffin, president of Human Rights Campaign, whose gala was the site of Holder's speech.

"Today, our nation moves closer toward its ideals of equality and fairness for all."

But conservatives blasted the decision, suggesting President Barack Obama's administration had chosen a liberal interpretation of the Supreme Court rulings.

"The news that the Justice Department will extend sweeping recognition to 'marriages' of same-sex couples, even in states that do not recognize such unions, is yet another illustration of the lawlessness of this administration," Family Research Council president Tony Perkins said in a statement.

The policy memorandum will "formally instruct all (Justice) Department employees to give lawful same-sex marriages full and equal recognition, to the greatest extent possible under the law," Holder said.

The first African American attorney general also stressed that his predecessors played a key role in the civil rights movement half a century ago.

"As all-important as the fight against racial discrimination was then, and remains today, know this: my commitment to confronting discrimination based on sexual orientation or gender identity runs just as deep," Mr Holder said. 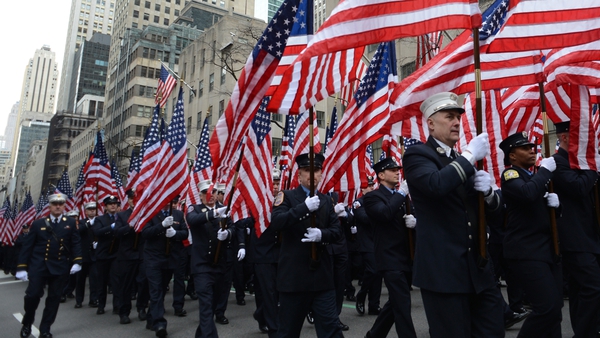