SIPTU members at the company, which employs 500 people, are to start a ballot for industrial action on Friday in opposition to the company's move.

The union said the pension fund is in surplus and the move is unnecessary.

Last week, staff overwhelmingly rejected a Labour Court recommendation calling on both sides to maintain the status quo to allow for two months of negotiations.

This would have seen the company continue contributions to the defined contribution pension scheme during that period.

However, in a statement, Shannon Aerospace confirmed it gave notice to the company's pension trustees that it would cease contributions to its defined benefit pension scheme with effect from midnight 3 February.

The statement points out that despite the company's acceptance of the recent Labour Court recommendation, it was unable to agree a framework for talks with employee representatives on the pension issue.

It said that from today pension contributions from the company will be paid into the already existing defined contribution pension scheme.

Shannon Aerospace said the company is committed to maintaining pension cash contributions for each employee at the current levels.

It said all members will receive their share from the defined benefit fund, which will be at least equal to 100% of their own standard transfer value, as prescribed under current legislation.

Shannon Aerospace will also provide pension scheme members with an opportunity to meet with independent financial advisers for one-to-one advice and consultation.

Union sources said their ballot for industrial action would be complete by the middle of next week, at which point they will consider their next move. 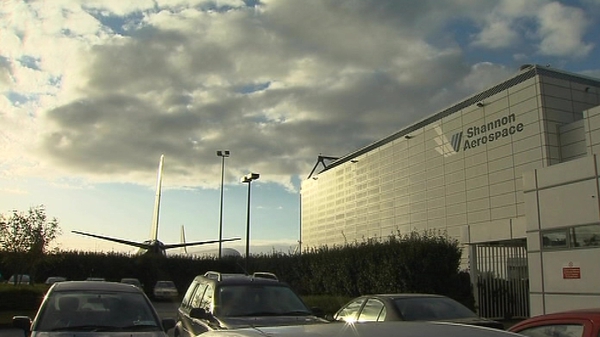 Shannon Aerospace workers to ballot for action in pension row