Over 50,000 protesters have gathered at an anti-government demonstration in the Ukrainian capital Kiev.

The rally was attended by opposition leaders Arseniy Yatsenyuk and Vitali Klitschko, a day after receiving Western pledges of support.

Thousands more people could be seen arriving at the sprawling protest camp on Independence Square in a fresh push to wring more concessions from the government of President Viktor Yanukovych.

Ukraine's most severe crisis since gaining independence in 1991 was sparked by Mr Yanukovych's decision to scrap a pact with the European Union in November.

Over the past few weeks the protests have radicalised and turned into an all-out drive to unseat the 63-year-old leader. 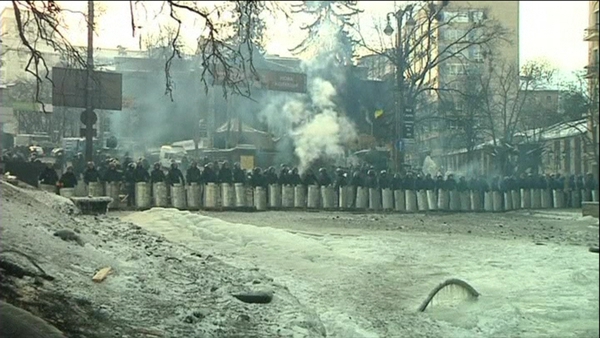