"What does incitement of increasingly violent street protests have to do with promoting democracy?," he said in response to European Council President Herman Van Rompuy.

Mr Van Rompuy said earlier that Ukraine must be free to choose its own future, a future which lay in Europe.

"Why don't we hear condemnation of those who seize and hold government buildings, attack the police, torture police, use racist and anti-Semitic and Nazi slogans?" Mr Lavrov said.

EU foreign affairs head Catherine Ashton is due to visit Kiev again next week, having previously met the government and opposition figures several times there to call for a peaceful dialogue.

Other prominent figures have also been frequent visitors to Kiev, drawing a strong government and Russian response although Mr Lavrov's remarks were unusually blunt in comparison.

Separately, the Ukrainian opposition leader Arseniy Yatsenyuk warned that the army could be used to crush protests against the country's president.

He told Germany's president and foreign minister and the EU's foreign affairs chief it was "very likely" that Ukrainian authorities would "resort to a use of force scenario" including with the involvement of the army.

Ukrainian authorities have accused protesters of torturing a police officer in the basement of an occupied public building.

The interior ministry said that protesters had beaten and tortured a policeman who was hospitalised with head injuries.

A member of the of the Svoboda nationalist party has said that the accusation is "propoganda".

Meanwhile, the party of jailed former prime minister Yulia Tymoshenko said authorities were considering the introduction of a state of emergency.

Yesterday, Ukraine's SBU security service announced a criminal investigation into what it said was an opposition attempt to seize power.

"An announcement by the SBU is an element of a use-of-force scenario, planning the possible introduction of a state of emergency," a senior party official, Gryhoriy Nemyria, said. 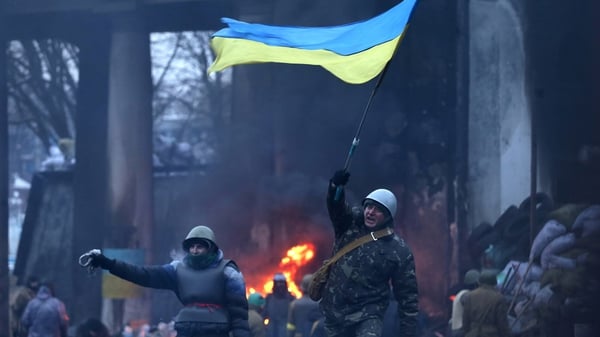