Minister for Research Sean Sherlock has asked his department to carry out a review of Ireland's international engagement on research and innovation, with particular attention to the costs and benefits of joining CERN.

Mr Sherlock said he would consider the merits of Ireland joining the organisation.

Earlier, a new campaign group, Ireland for CERN, called on the Government to join the research centre.

The Government review will take into account the overall funding constraints on money available to researchers and the Government's prioritised areas for investment in research and innovation.

In a statement, Mr Sherlock said the membership of international organisations must be predicated on whether the benefit in terms of membership justifies the cost.

He said he was conscious of calls from some researchers for Ireland to join CERN.

He added that the last time a review was done, the conclusion was that it was not the best use of resources and since then resources have become even scarcer.

However, he said it was timely to have another look and he had an open mind on the matter.

At a launch event earlier today, Ireland for CERN, which is made up of academics, students, business people and politicians, called on the Government to join the European particle physics centre in CERN.

It claims that membership would bring educational, scientific, economic and international relations benefits for Ireland.

It estimates that associate membership would cost around €1-2m a year, but would yield an economic return of many multiples of that.

CERN shot to prominence recently due to the work of its Large Hadron Collider, which found the elusive Higgs boson particle.

Speaking at the launch in Dublin, Dr Ronan McNulty, a particle physicist from UCD, said CERN was carrying out work that was fundamental to the understanding of humanity.

He said membership would bring multiple educational benefits including encouraging young people into careers in science.

He cited a number of examples of the spin-offs that had come from CERN, including PET scanners, touch screens for mobile phones and the internet.

He said membership would bring great benefits for Irish companies, which could bid for some of the €500m worth of contracts given out by CERN every year.

Fine Gael MEP Seán Kelly said it was crazy for Ireland to say it could not join due to cost, as the cost was minimal.

He said membership was a no brainer and non-membership left Ireland out on its own.

Mr Kelly said he met with the director general of CERN last week to discuss the matter. 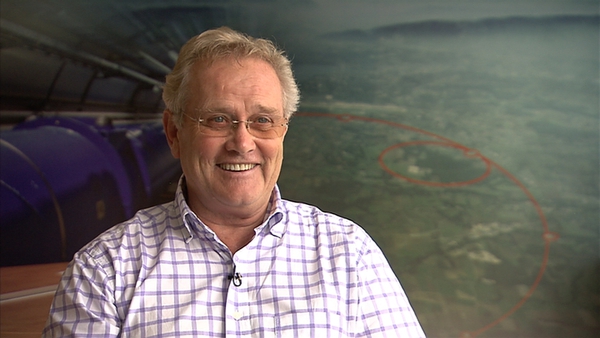