Ukrainian President Viktor Yanukovych and opposition leaders have agreed to repeal some anti-protest laws at a special session of parliament aimed at defusing two months of unrest.

In a televised statement, Justice Minister Olena Lukash, who was present at the talks, said tomorrow's crunch session of parliament would also discuss the issue of the government's "responsibility".

But she said former economy minister Arseniy Yatsenyuk, one of the opposition leaders, had formally turned down the offer of the post of prime minister.

The offer was made Mr Yanukovych in talks at the weekend with opposition leaders Mr Yatsenyuk, Oleg Tyagnybok and former world boxing champion Vitali Klitschko.

The sides also agreed that prisoners detained by police in the unrest should be granted an amnesty.

However, Mr Yanukovych had made this conditional on protesters relinquishing control of all premises and roads they had seized.

Ms Lukash said: "As a result of the meeting the sides have agreed to vote on the amnesty law of Ukraine.

"Our side has insisted on the following precondition for that law. The amnesty will take force only after all occupied buildings and roads are freed.

"The sides agreed to include the question of the responsibility of the government into tomorrow's agenda. Arseniy Yatsenyuk did not agree to lead the government. The talks will be continued."

The Batkivshchyna (Fatherland) party of jailed opposition leader Yulia Tymoshenko, now headed by Mr Yatsenyuk, called on its supporters to rally in Kiev's Independence Square tomorrow in solidarity with opposition deputies in parliament.

Mr Yanukovych triggered the upheaval in November when he abruptly abandoned plans to sign association and free trade deals with the European Union.

Instead he chose to tighten economic ties with Russia and angered millions who dream of a European future.

The protest movement has since turned into a mass demonstration, punctuated by clashes with police, against perceived misrule and corruption in the Yanukovych leadership.

Earlier, activists seized the justice ministry in Kiev and then later maintained a blockade of the doors outside. 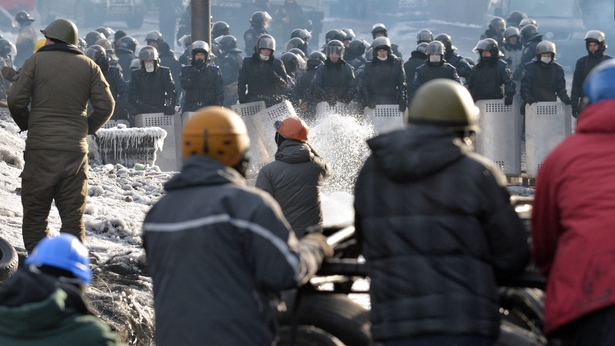 According to officials, three people have already been shot dead in clashes with police forces in the past week. Activists say the toll is six.

Meanwhile, police have arrested dozens of protesters trying to seize regional government headquarters in the east of the country.

Police arrested 37 people in Dnipropetrovsk, 30 in Zaporizhya, 12 in Cherkasy and 11 in Sumy following clashes with security forces that mirrored developments in Kiev.

They said police had initially asked the protesters to leave the offices peacefully and most had done so before a sudden raid.

Several injuries have also been reported in different regions, among both protesters and the police, particularly in Dnipropetrovsk and Zaporizhya.

All the local government offices in largely pro-opposition western Ukraine, except for the Transcarpathia region, have already been occupied over the past few days. 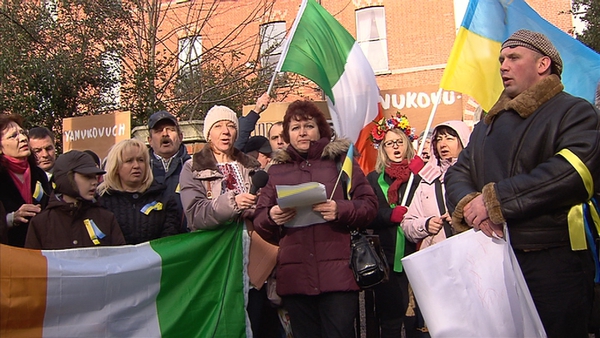