Hundreds of Ukrainians gathered at the Ukraine Embassy in Dublin calling for President Viktor Yanukovych to step down.

The Ukraine Ambassador to Ireland Sergii Reva addressed the crowd insisting that the president's resignation would not resolve the current crisis.

He acknowledged that the violence was worrying.

Mr Reva said that dialogue was the solution.

Meanwhile, the Ukrainian opposition leader Arseniy Yatsenyuk has said protests will continue, after he rejected President Yanukovych's offer to appoint him as prime minister.

Mr Yatsenyuk said the opposition was ready to accept leadership, but several key demands must be met, including new elections.

There were further demonstrations today, with reports of protests in east Ukraine.

In Kiev, thousands of people attended the funeral of a protester who was killed last week.

Protesters have already seized a number of key government buildings in Kiev. 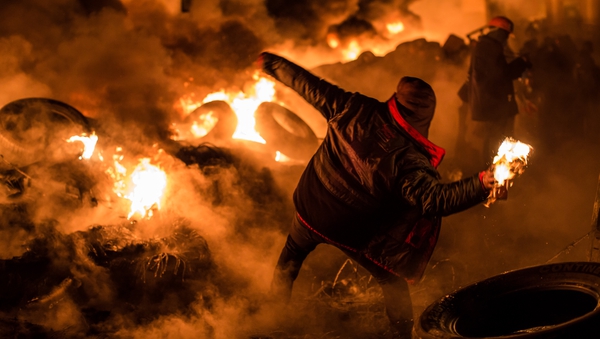