The development will mean some patients suffering from certain diseases will be able to access clinical trials of stem cell therapies.

Stem cells are human cells that can develop into many types of tissue.

As a result, scientists are increasingly studying their potential for regenerating diseased or damaged tissue in people suffering the effects of certain illnesses, such as heart attacks, stroke, arthritis or diabetes.

Before they can be used widely in humans such therapies must undergo extensive clinical trials.

The first Irish licence to manufacture stem cells for this purpose was granted to the Centre for Cell Manufacturing Ireland at NUIG.

The custom-built facility will take small samples of bone marrow from adult donors and culture them in a specially designed laboratory to make billions of stem cells.

The cells will then be injected back into the donor or other patients as part of clinical trials.

The first of those trials will investigate their use in the treatment of diabetes patients who are suffering reduced blood flow to lower limbs, a symptom that often results in amputations.

The CCMI received its licence to produce the culture-expanded stem cells from the Irish Medicines Board following a long accreditation process.

It is one of less than a dozen such facilities in academic centres in Europe.

The CCMI will work in tandem with the Regenerative Medicine Institute (REMEDI) at the university, which since 2004 has been working to develop new therapies for diseases that either have inadequate or ineffective treatments.

Pre-clinical data produced by REMEDI has been used in the validation process for the CCMI facility.

It is estimated that 70% of pharmaceutical companies have regenerative medicine therapies in development, with 575 active trials in cell and gene therapy under way.

Given the large number of medical device and pharmaceutical companies in Ireland, it is hoped the new centre will help improve opportunities for Ireland in this area in the future.

According to the Irish Medical Devices Association, revenue from regenerative medicine products was approximately $1.3bn (€0.95bn) last year, with sales growth of 40% recorded during the year. 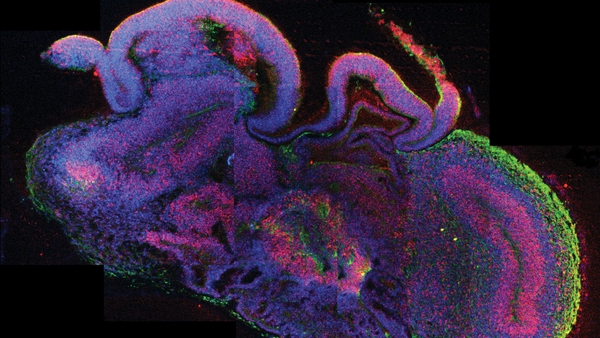