A group of European scientists has for the first time created miniature, pea-sized developing human brains in the lab, using stem cells.

The development has been hailed by scientists as an important step towards greater understanding of brain development and neurodevelopmental disorders such as autism and schizophrenia.

Previous attempts have been made to model human tissue from stem cells in the lab setting, and scientists have had some success with liver, pituitary glands and eye cells.

However, the complexity of the human brain made the manufacturing of brain tissue much more difficult.

Previous attempts and techniques had yielded small pieces of tissue, which when put together formed a reasonable size.

However, scientists have never managed to grow the outer layers of the brain or cortex, and get the different regions successfully interacting.

In this study, details of which are published in the journal Nature this evening, the team of researchers from the Institute of Molecular Biotechnology in Vienna and the University of Bonn, used Induced Pluripotent Stem cells (IPS), derived from adult skin cells.

These cells, which have the potential to develop into a variety of human organs, were transferred into a special culture in which most types of embryonic tissue, except cells that give rise to the central nervous system, stop developing.

They then moved the cultured cells into a liquid scaffold called Matrigel, which enabled the cells to develop into much more complex tissue.

That tissue was then transferred into a spinning bioreactor, which helped them to absorb nutrients and oxygen.

The cells continued to grow for up to 12 months, to a size of 3-4mm, into what the researchers called cerebral organoids - a 3D tissue with specific characteristics of human brain development, and discrete regions that resemble different areas of a developing human brain.

However, experts say that as significant as the research is, the likelihood of being able to grow a brain in a dish remains out of reach due to the complexity of the organ.

Inside the organoids developed in the study, the regions of the brain lacked the shape, organisation and distribution seen in the developed human brain.

They also did not have a working system of blood vessels, which means their growth is restricted and also means their inner cells are oxygen and nutrient deficient.

Scientists have also warned that any potential treatments as a consequence of this type of research remain very far off.

But despite the early stage limitations, the team says the system could in time be used to study early brain development under controlled laboratory conditions.

It could also be used to assist our understanding of neurodevelopmental disorders including autism and schizophrenia.

The authors have already compared the development of healthy cerebral organoids with organoids developed from stem cells taken from a patient with microcephaly - a genetic disorder that leads to the reduced development of the brain size and severe mental disability as a result.

The researchers found the cells were much smaller in the microcephaly examples, and as a result were able to develop theory and understanding as to why people with microcephaly suffer from the illness.

Professor Frank Barry from the National University of Ireland in Galway described the research as fascinating.

He said it demonstrates the potential of stem cells in regenerative medicine. 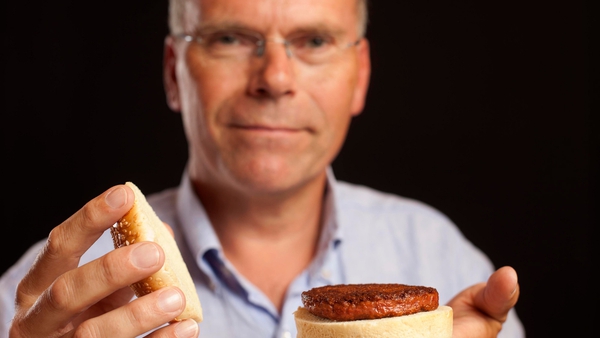