Minister for Communications Pat Rabbitte has said the remit of the Public Accounts Committee seems to have extended in recent times.

Mr Rabbitte, who is a former member of the PAC, said: "The task of the Public Accounts Committee is to investigate the spending of public money. It would appear to have gone wider than that now."

He added: "The question I think now is, (is) it justified in doing so and it seems to me that the one mistake that has been made is in duplicating the work of another committee."

Mr Rabbitte said it was perfectly acceptable for the PAC to quiz Garda Commissioner Martin Callinan on the alleged quashing of penalty points by members of the force.

He said: "For about ten years now, the Garda Commissioner is the accounting officer of the force, it used to be the secretary of the Department of Justice."

Management at the Central Remedial Clinic and Irish Water as well as Mr Callinan are among those who have been questioned in several high-profile meetings of the committee since Christmas.

On a future banking inquiry, Mr Rabbitte said it was "perfectly feasible" to expect politicians to conduct the inquiry, even if they have expressed a view on the country's financial collapse.

However, he added that those who have made personal allegations or expressed personal convictions about those who will come under scrutiny in such an inquiry should disqualify themselves from taking part.

"If they have made intemperate or vituperative personal allegations or expressed their convictions about personalities, then I think they would be better to disqualify themselves from the inquiry," he said. 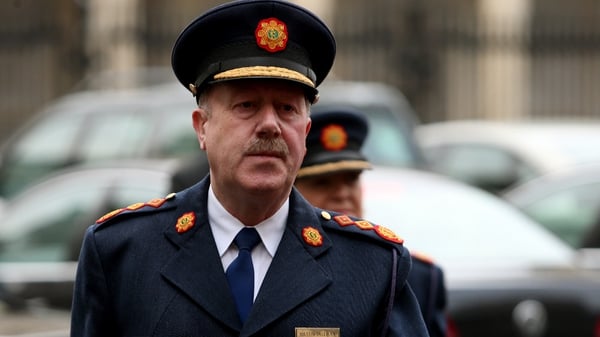