The Chairman of the Rehab Group has said the pay of its chief executive is a matter for the board.

Brian Kerr said there has been no formal request to disclose the salary of Angela Kerins.

Mr Kerr said a special board meeting will be held on 17 February to discuss the matter and a statement will follow that meeting.

His comments come after Taoiseach Enda Kenny called on Ms Kerins to reveal her salary.

Mr Kerr said: "This matter is properly a matter for the board and not Ms Kerins, and some of the pressure that has been placed on her and her family has been entirely unfair and very personal.

"I am however conscious of the public interest in this matter.

"I have decided, in response to today's request from the Taoiseach and with the full agreement and encouragement of our CEO Ms Angela Kerins, to consult with my fellow directors to consider disclosing again the details of the Group CEO's salary."

Mr Kerr called on the Taoiseach to show leadership on the issue of fair play for charity lotteries and to remove the cap before any further damage is done to the sector.

When interviewed on RTÉ's Morning Ireland on 6 January, Ms Kerins refused to reveal her salary.

When asked if €234,000 was still her salary, Ms Kerins said the group was commercially underpinned.

"We are an organisation with social values, but also commercially underpinned," she said.

"The most important thing is that the remunerations of all senior staff are independently done by professional people who know what they’re doing and can evaluate it properly, so I don’t wish to comment on anybody’s salary other than say that that should be done and should be transparent.

Mr Kenny said today that people "need to be confident that everything is above board, is accountable, transparent" where public money was concerned and when the pubic donated to charities.

He said people need to know that their donations are going to the purposes for which they were intended.

Earlier, Minister for Transport, Tourism and Sport Leo Varadkar said Ms Kerins should disclose her salary in the company's annual accounts and report.

Speaking on RTÉ's Morning Ireland, he said he did not think that Rehab would be able to avoid answering the question.

Mr Varadkar also said people should not lose sight of the work that Rehab does as controversy over its profitability continues.

He said Rehab was in a difficult position being both a charity and a business.

The minister said Minister for Justice Alan Shatter was right to change the terms of the charitable fund.

It will then decide whether to ask Rehab to appear before it or how to conduct its inquiry into the organisation.

If Rehab is to appear it would not be expected to happen until around April.

Rehab was discussed at a meeting of the PAC last night.

Meanwhile, Rehab and the Central Remedial Clinic made a profit of €3.4 million last year from charity lottery receipts under The Care Trust Ltd, the disability support organisation has confirmed.

This is a different fundraising model to the scratch card model and John McGuire, Rehab Group Director of Funding, said that Rehab received around €1.7m and the CRC €1.7m in profit under the arrangement, whereby profits are split between the two bodies.

The Care Trust runs cash and car draws and the beneficiaries are Rehab, the CRC and the Mater Hospital.

Rehab also has its own lottery games.

Separately, the report of the Interim Administrator appointed to the CRC is expected to be given to the Health Service Executive before the end of March.

It will then be made available to the PAC and will form the basis of further hearings that former CRC Board members will be invited to attend. 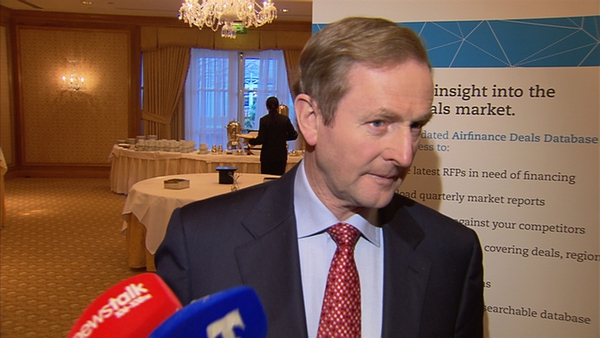