Rehab Group Director of Fundraising John McGuire has said there is "complete transparency" between Rehab and the Government over the costs of running its lottery games.

Speaking on RTÉ’s Six One, he said detailed returns are made to the Government annually outlining sales, prizes, costs, how much was raised and this money was used.

He said Rehab runs a mix of products which make a profit of over €500,000 a year which does a lot for the development for its services.

Mr McGuire said scratch card sales have not been doing well and sales have declined due to the Government cap on prizes which makes them unable to compete with the National Lottery.

He said that in the early days of National Lottery, Rehab scratch cards were attaining surpluses of numbers of millions.

Mr McGuire said of the €4m spent running on the scratch card games, 60% is paid out on prizes, retailers are paid 12.5% per cent. Other costs include the provision of secure tickets and distribution.

Earlier, Taoiseach Enda Kenny said he was surprised to learn that Rehab made profits of less than €9,500 on scratch cards sales.

Speaking in Dublin, Mr Kenny said he is hopeful a new charities regulator will bring about transparency.

He added that the introduction of a regulator will bring about greater public trust.

Mr Kenny said the chairman of the Public Accounts Committee has made it clear that all charities will be analysed and will be called before the committee.

He said they will be treated in the same fashion - "fully answerable, fully transparent".

Earlier, Rehab called on Minister for Justice Alan Shatter to withdraw remarks made in the Dáil yesterday regarding the funds received by Rehab Lotteries.

Mr Shatter said he was winding down the lottery scheme as he no longer believed it was "fit for purpose".

In a statement, Rehab said it was surprised Mr Shatter made comments on matters which it considers to be sub judice, and asked him to withdraw the remarks and apologise.

An audit of funds received by Rehab Lotteries shows that scratch card sales of almost €4 million yielded a profit of just over €9,400.

The audit was carried out by the Department of Justice.

Rehab said the minister was acting improperly in commenting on two cases before the court and said the information he provided was misleading.

In his speech to the Dáil yesterday, Mr Shatter said that there were two cases before the High Court in relation to the Charitable Lotteries Scheme.

He said he did "not wish to say anything that will create any difficulty for the Judges of the High Court in determining these matters".

However, the minister added the matters were, in the context of the court proceedings, already in the public domain and were directly related to "the question of the transparent use of donated funds by charities".

The Public Accounts Committee is to write to the Department of Justice, the HSE and Rehab itself, following the latest controversy about the agency.

It is understood the Committee had a lengthy discussion about the finances of Rehab at a private meeting tonight.

While there are doubts about whether the PAC has a remit in relation to the agency, most members were said to feel it was inevitable that senior personnel, including chief executive Angela Kerins, would be called before the committee in due course.

Known as Section 38 and Section 39 organisations, these bodies range from large hospitals and institutions to small community organisations.

The funding provided to Rehab, the focus of the latest controversy, was €41m.

Details of the payments were provided to Fine Gael Wicklow TD Simon Harris in response to a parliamentary question.

Mr Harris said that the level of funding made it of paramount importance that there was complete transparency about spending and corporate governance.

Rehab and the Central Remedial Clinic operate shared lotteries, which generate receipts of around €3.8m a year.

The profits are split evenly between the two organisations and the beneficiaries are the CRC, Rehab, and the Mater Hospital.

The vehicle for the lotteries is a registered charity, The Care Trust Limited, which was set up in 1974. Its last filed accounts were approved in March 2013 by directors Paul Kiely, then of the CRC, and Liam Hogan for Rehab.

The trust runs draws for cash prizes and cars.

The Government has a weekly €20,000 prize fund cap on charity lotteries, an issue which was the subject of a High Court case last year involving Rehab and the State, with judgment pending.

The last audited accounts for The Care Trust Limited are for the end of December 2012 and show that lottery receipts have fallen in recent years.

Other directors of The Care Trust Limited still listed at the Companies Registration Office are former CRC chairmen James Nugent and Hamilton Goulding.

Elsewhere, the Irish Cancer Society and the Asthma Society of Ireland have both announced they will stop selling scratch cards due to declining profits. 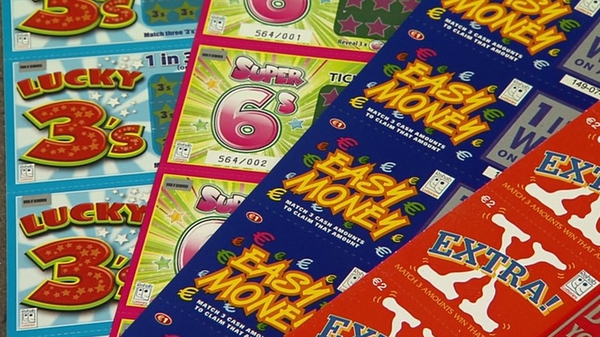