The minute-long, rolling quake was centred in the mainly rural Wairarapa region about 120km north east of Wellington, at a depth of 50km, government seismologists at GNS Science said.

"There's been damage to houses mainly in the (Wairarapa) area, and that includes chimneys down, windows broken," a spokesman at Police National headquarters said.

"We've had a lot of rock falls and slips on highways in the area, and the rest has been pretty minor."

There were no reports of any injuries following the earthquake.

The earthquake was felt from the middle of the North Island down through the upper parts of the South Island. More than a dozen aftershocks measuring up to 4.5 were recorded.

A large model of an eagle suspended from the ceiling at Wellington Airport to promote the Hobbit film came down during the tremor, but nobody was hurt.

Most offices and businesses in the region were closed because of a public holiday.

The region was shaken by two large earthquakes of magnitude 6.9 and 6.5 August and September last year, which caused moderate damage to buildings and infrastructure, and some minor injuries.

New Zealand sits on the boundary of the Pacific and Indo-Australian tectonic plates, and records more than 14,000 earthquakes a year.

In February 2011, the South Island city of Christchurch was struck by a shallow magnitude 6.2 earthquake, which killed 189 people. 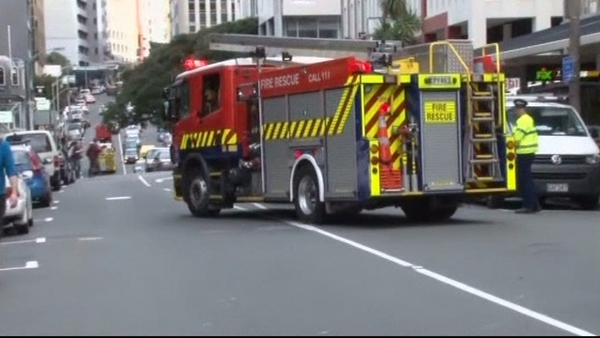