Equipment from an experiment that was brought to the Moon on the Apollo 16 mission in 1972 has been handed over to the National Museum of Ireland.

The experiment was designed by now retired Professors Denis O'Sullivan and Alex Thompson of the Dublin Institute of Advanced Studies and their colleague at Berkeley in California, Professor P Buford Price.

The experiment was the first from Ireland to be sent into space.

It was designed to measure cosmic rays on the lunar surface and consisted of plates with laminae of different materials for measuring the energy of the rays.

The Earth's atmosphere protects us from their harmful effects, but the low levels of atmosphere on the Moon make it a good place to measure their behaviour.

The experiment was attached to the lunar landing module during the journey and then placed on the surface by the astronauts on landing.

It remained there during the mission and was then brought back to Earth, where it was sent to Ireland for Prof O'Sullivan and Prof Thompson to analyse.

It was to prove the start of a long involvement with space experiments for Prof O'Sullivan, who went on to do 15 more with NASA and the European Space Agency.

The equipment will join the museum's other space collections, including a piece of Moon rock and an Irish tricolour that travelled to the Moon and back.

However, the equipment is unlikely to be on permanent display. 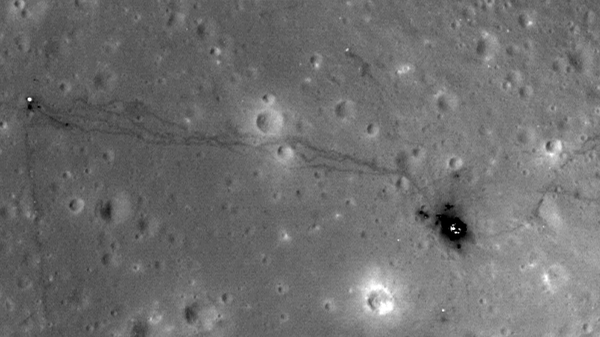