The Government has announced plans to appoint a regulator to govern charities Easter this year.

Minister for Justice and Equality Alan Shatter said a chief executive officer will be appointed to a new Charities Regulatory Authority on an interim basis within the next six weeks.

Minister Shatter said he will also call for expressions of interest from qualified persons who wish to be considered for appointment to the board of a new authority, and that he hopes to appoint it before Easter.

The minister said the recent revelations had understandably damaged public trust and confidence.

Mr Shatter said an early priority for the new authority will be the creation and publication of a statutory register of charities and that all registered charities will be required to provide reports to it each year on their activities.

Minister for Health James Reilly has said the €740,000 package for the former Central Remedial Clinic chief executive Paul Kiely should be returned.

Mr Reilly said the Government will use all available options open to it, including corporate enforcement, the gardaí and civil courts, to try and get the money back.

Mr Reilly said the CRC had not got approval for spending that sort of money and he did not believe it was collected for that purpose.

The minister said people are rightly shocked at what has happened and feel betrayed.

He stated his full support for the staff of the CRC and appealed to people not to lose faith in charitable donations that they give.

He said what had happened is “shameful” and there is a determination that the system be cleaned up and “we have transparency”.

Mr Reilly said he would not rule out the possibility of the CRC being brought under State control, however, he told RTÉ's News at One that such a move might be premature.

He said he would not like the message to go out that the voluntary body model has failed because one institution had been found to be in serious breach in a number of areas.

Meanwhile, the Chairman of the Public Accounts Committee John McGuinness said administrators, the Health Service Executive and the PAC, should be allowed to complete their work before any decision on legal action is made.

Mr McGuinness said the PAC has asked gardaí and any other State agency to monitor what is happening at its committee meetings, to look at the reports and paperwork that is being presented by the HSE and to determine what action is required.

He said: "It is important to stress that this is about the management of the CRC, the board of CRC and the actions that they took in relation to the funding.

"It is a complete collapse of proper governance and a collapse of political implementation of the regulation and the issues concerned around the CRC."

Earlier, Mr McGuiness told RTÉ's Morning Ireland that the payment given to Mr Kiely should be repaid.

He said: "This is money that came from voluntary collections and it is shameful and outrageous that the board should have approved that kind of payment and that they would have gone out of their way to put in place an agreement that stated it was confidential and should not be spoken about.

"They deliberately constructed to mislead and to hide the fact that this was publicly collected money from voluntary sources that they were paying to Mr Kiely."

Mr McGuinness also reiterated his appeal to the public to remember the staff and clients of CRC.

He also said there were questions about how money was paid from one CRC group into another for Mr Kiely's salary and pension.

Mr Kiely and the former CRC board appeared before the PAC last month, but Mr McGuinness said the notices to attend the committee again would be going out to Mr Kiely and the board "without delay".

The HSE has confirmed that it is taking legal advice in relation to the payments made to Mr Kiely as part of his retirement package.

HSE Chief Executive Tony O'Brien has insisted that those responsible for the situation at the CRC will be held accountable.

Mr O'Brien told RTÉ's Today with Sean O'Rourke that the Health Service Executive would protect the critical services of the CRC.

Mr O'Brien said: "Those who are responsible for what has happened will be held accountable for that. We will make sure that these services continue.

"We also have physical control over the still-large sum of money that's been donated to the clinic over the years and we will make sure that that is used in the future exclusively for the benefit of the clients of that centre."

He said the interim administrator appointed by the HSE to run the clinic would be continuing a very detailed investigation over the next few months into everything that had gone on there, particularly from a financial perspective.

Mr O'Brien said the HSE would be assembling a comprehensive file, and would go wherever that file took it.

He said that might lead in the direction of inviting the gardaí in, it might lead to the Director of Corporate Enforcement or to the civil courts.

Mr O'Brien said the process of beginning to appoint a new chief executive at the CRC, to take over from the interim administrator, had already begun.

He said the HSE was not intending to directly run the CRC, but wanted to re-establish it as a well-regulated voluntary body.

Asked about the pension arrangements for Mr Kiely, Mr O'Brien said: "There's nothing normal at all about these arrangements, they are completely abnormal.

"One of the things we have to work out is who misled who.

"We are very concerned about whether or not the board had the right to make such decisions, and the right to use funds in this way.

"It's premature to reach a definitive conclusion but we are certainly looking at it from that angle.

"We have had legal advice so far which indicates that we need to examine that even further and we will continue to do so."

Elsewhere, Tánaiste Eamon Gilmore has said he is "shocked" at revelations at the PAC and said the Government was determined to "wipe out and weed out" practices of the past.

Fianna Fáil leader Micheál Martin had earlier called for the State to take over the running and operation of the CRC.

Speaking in Cork this afternoon, he said the revelations yesterday regarding the payment made to Mr Kiely were disgusting.

He said there is now a moral imperative on Mr Kiely to return the money to the clinic.

Mr Martin said the public is dismayed that funds raised by volunteers for frontline services contributed to the payment to Mr Kiely.

He said that in light of this the State now has no choice but to take over the CRC. 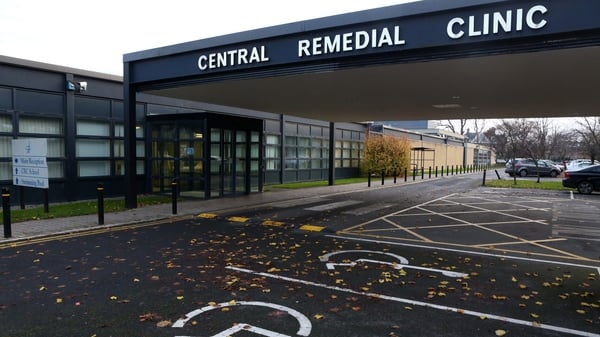