The Government has estimated it will cost €65m to repair roads, piers and harbours damaged in recent storms.

The initial estimate was outlined by Minister for the Environment Phil Hogan in the Dáil this afternoon.

Mr Hogan said the worst-affected counties were Clare and Galway and that the recovery bill for these areas will run to €41m.

The Government is looking at all sources of funding, including the EU solidarity fund, he said.

However, the minister warned that most applications for this money are refused.

Ireland received €13m from the fund in 2009, but that money was granted after weather damage totalling €520m.

The Department of Social Protection is also providing payments to people whose homes were hit by the storms, the minister added. 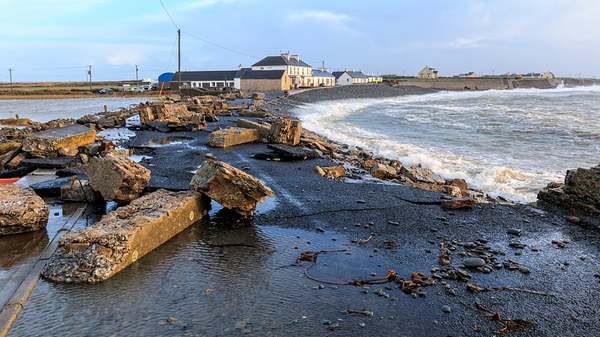