Unions at the Mater Private Hospital in Dublin have warned that there could be industrial conflict in a row over redundancies, pensions and the Haddington Road Agreement.

Talks are taking place at the Labour Relations Commission with all unions at the hospital in a bid to resolve the dispute.

The hospital, which employs almost 1,000 staff, is seeking 95 redundancies.

Arriving for the talks, SIPTU Health Division Organiser Paul Bell said there was deep concern among staff about what he called the "dismantlement" of the pension scheme.

He said it meant that there would be very little value in the pension scheme for those actually employed in the hospital now.

Mr Bell said staff were also concerned that the redundancies being sought by the hospital could end up being compulsory, and queried whether they were needed at all.

He also said agreement had not been reached on implementation of the Haddington Road Agreement.

Mr Bell warned that the situation was so grave that members had insisted that all options must be kept open, adding that that could come to some kind of conflict.

However, management sources indicated that the hospital had come under pressure from the changing private health insurance regime.

They said it was hoped that the vast majority of the redundancies could be dealt with on a voluntary basis.

They also noted that among the pension reforms, the hospital would be increasing its employer contributions by €250,000 a year.

The unions involved in the talks are SIPTU, IMPACT, the Irish Nurses and Midwives Organisation, and the Medical Laboratory Scientists Association. 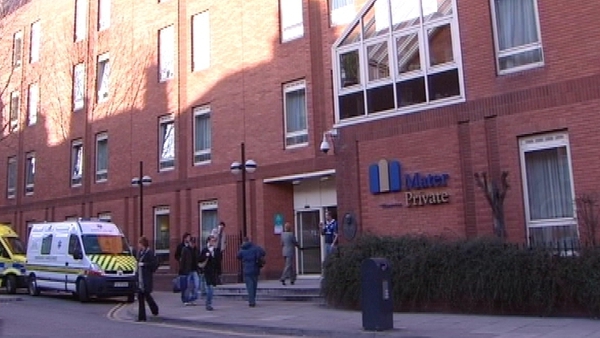