The Cabinet has been briefed on the extent of damage caused by successive storms over the past month.

Coastal counties along the worst-hit western and southern seaboards have estimated that it will cost more than €70m to repair the damage and to protect the coastline against further erosion.

Co Clare suffered the worst storm damage. County Manager Tom Coughlan has submitted an estimate of €23.75 million for damage to public infrastructure, such as roads and coastal defences.

A report drawn up by Mr Coughlan and submitted to Government says damage was sustained in 37 separate areas of the county, including Lahinch where the repair bill is estimated at almost €6 million.

Kerry County Council has submitted a repair bill of €19.8m to Government.

The council says the cost of repairing roads and coastal defences in the county damaged by storms over Christmas and the New Year will be €3.55m, with a further €16.25m required for urgent coastal protection works.

Galway County Council estimates that it will cost €18m to repair storm damage. Most of the damage there has been done to coastal defences and coast roads.

Galway City sustained significantly less damage, with the city council putting a cost of €750,000 on the repair bill there.

Mayo County Council has estimated that the cost of its repair work will run to €4.5m, with €300,000 of that being paid out on clean-up costs.

However, the council says the estimate for repairs may yet increase as further damage becomes apparent.

Cork County Council says damage estimated at just over €3.4m was sustained by severe weather between 21 December last and 6 January.

Of this, coastal infrastructure will require repairs of €1.74m and roads will require a spend of €1.22m. A total of 27 council houses were damaged by the severe weather in Co Cork, requiring repairs of €57,500.

Cork City Council says its bill for services and repairs due to the storms will be less than €50,000.

Damage in Donegal is estimated at €1.46m, with €200,000 being spent on an on-going clean-up operation and some areas continuing to be inaccessible.

Damage in Co Sligo has been estimated at around €500,000, although council officials there have not completed compilation of the full bill as yet.

In Co Leitrim, damage to roads, bridges and culverts has been put at €281,000, while another €45,000 will be required to cover the cost of out-of-hours calls to deal with flooding and other storm damage.

Limerick City Council and Limerick County Council are not submitting a bill to Government for storm damage.

However, they say they are working with the Office of Public Works and the Shannon Foynes Port Company to prepare a submission to Government for flood defence works along the Shannon Estuary at Foynes, where flood waters entered a number of homes earlier this month.

Meanwhile, a number of Irish MEPs have met EU Commissioner for Regional Policy Johannes Hahn in Strasbourg to discuss funding to repair the damage caused by recent storms.

Mr Hahn has given Ireland ten weeks to apply for money under the EU Solidarity Fund, which will cover both private and public infrastructure that is otherwise uninsured.

Ireland South MEP Séan Kelly, who attended the meeting, said all city and county councils should immediately prepare a comprehensive overview of the damage caused so that the Government can prepare an overall application under the fund.

They outlined the extent of the damage in Co Clare and the impact it has had on islands.

They said they were "confident" Ireland would secure funding with "the appropriate application". 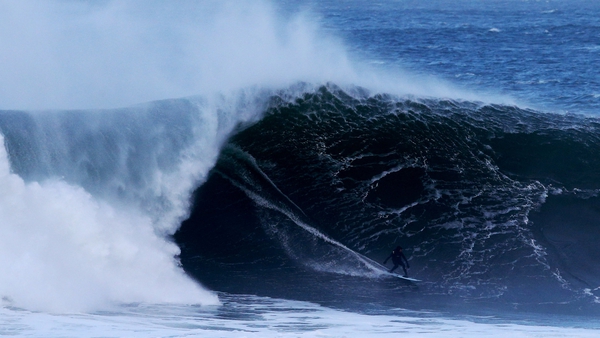 European Commission may provide funding for infrastructure repairs after storms