Ireland's WWI memorial records, which provide information on the 49,647 Irish soldiers who died in the Great War, have been updated and made available online.

It follows a collaborative project between Google, In Flanders Fields Museum in Ypres in Belgium and the Department of Foreign Affairs.

Ireland's memorial records were originally compiled by the Committee of the Irish National War Memorial.

They were published in eight leather-bound volumes in 1923 and are illustrated by Irish artist Harry Clarke.

The new digitised records are part of a much larger project at In Flanders Fields Museum, called The List of Names.

All those who died in the Great War in Belgium are included in that list.

It is an inclusive list for all nationalities and for both military and civilian dead.

Elsewhere, it has been confirmed that the French and German presidents will jointly mark the centenary of the war later this year.

German President Joachim Gauck and French President Francois Hollande will commemorate the victims of the war on 3 August in Alsace in eastern France. 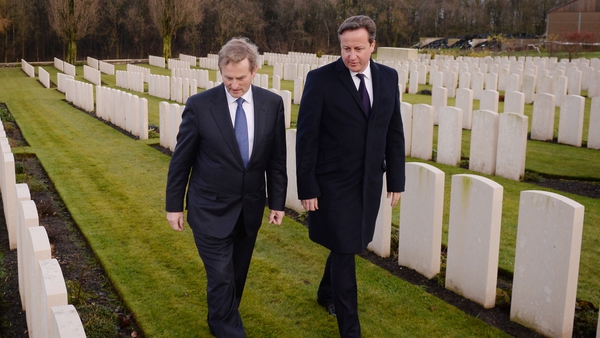