The trade mission to the Gulf has concluded in Dubai with the announcement of 95 jobs in Ireland arising from contracts agreed during the trip.

Business deals worth an estimated €65m were announced during the five-day mission, which was led by Taoiseach Enda Kenny.

Minister for Jobs, Enterprise and Innovation Richard Bruton said the Government has targeted €1bn worth of exports to the Gulf region within five years.

It is understood the extra service will begin in September.

The Taoiseach last night responded to claims that trade matters were pursued at the expense of raising human rights issues.

Mr Kenny said his priority in the region was to talk about trade and job creation.

He said Ireland would continue to raise human rights issues at the appropriate forums, such as the European Union and the United Nations. 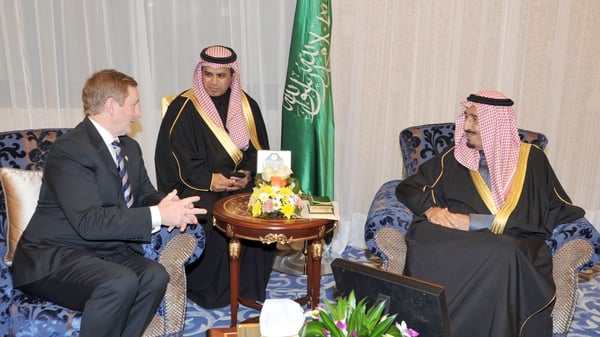