A member of the Association of Catholic Priests has said he is glad former president Mary McAleese made public comments concerning the Catholic Church's attitude towards homosexuality.

Mrs McAleese told a Scottish newspaper that a large number of Catholic priests were homosexuals and the church was in denial about homosexuality.

Her comments to the Herald newspaper in Glasgow were made last month, but only published yesterday.

"I don't like my church's attitude to gay people. I don't like 'love the sinner, hate the sin'," she said.

"If you are the so-called sinner, who likes to be called that? We also know that within the priesthood a very large number of priests are gay."

Speaking on RTÉ's News At One, Fr Tony Flannery said he agreed with Mrs McAleese on most of her views.

Fr Flannery said the church's understanding of humanity and sexuality has developed in all sorts of ways, particularly recently.

He said he hoped that when a certain approach to a moral issue is clearly out of tune with the Catholic faithful that it has to be re-considered.

"In a good few areas of Catholic morality, I think we're in that situation now."

Fr Flannery said a change of tone from the church would be enormously helpful.

The Catholic Communications Office earlier said it would not comment on "reported comments of individuals".

However, it said: "The Catholic Church clearly teaches that people who are homosexual must always be treated with sensitivity, compassion and respect."

Chairperson Kieran Rose said: "The comments by the former president will send a profoundly positive message to all lesbian and gay people." 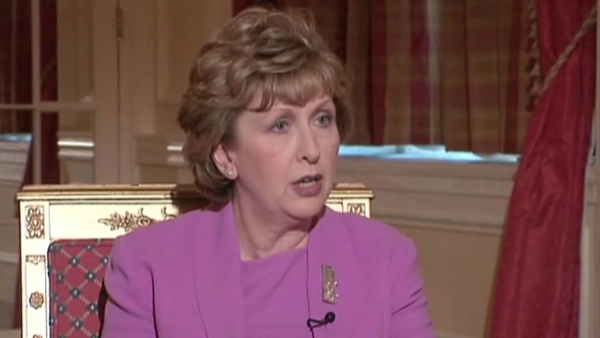