Reform Alliance TD Lucinda Creighton has said there would be no conflict of interest if the Alliance, which is made up of Fine Gael TDs and Senators who have lost the party whip, began fund raising.

Speaking on RTÉ's Prime Time tonight, Ms Creighton said each year the Fine Gael party is in receipt of around €300,000 of taxpayers’ money in the name of TDs who have no hand, act or part in the workings of the parliamentary party.

She said she believes it should be given back to the Exchequer.

She said the Reform Alliance wants to engage with the public and to organise political events.

Asked if the Reform Alliance was a move towards creating a new political party, Ms Creighton said she did not know what the future holds.

She said there had been lots of speculation about the potential or possibility of a new political party but that was not the purpose of the Reform Alliance holding meetings.

She said it was a movement to try to engage people in political discourse and to ensure that politics was done better.

Ms Creighton said she did not know what colleagues in the Oireachtas were fearful of and that greater engagement and discussion of politics and reform should be embraced.

She said Ireland had changed but politics in this country had not.

She said there was a problem getting people interested in politics and parties were often seen as exclusive and their activities were viewed as unappealing or unwelcoming to the public.

Meanwhile, Galway West TD Brian Walsh has confirmed that he intends to re-apply for membership of Fine Gael.

Mr Walsh was expelled from the parliamentary party last year, after he voted against the Protection of Life During Pregnancy bill.

He did not follow other former party members in joining the Reform Alliance.

This morning, Mr Walsh said he had made no secret that he wanted to remain in Fine Gael.

He said he had voted against the party whip on one matter of conscience but since then he had voted with the Government on every issue.

Mr Walsh said the indications he had from fellow TDs and senior party officials were that his application would be met favourably.

He says he will apply in due course and hopes to be readmitted to the party before the summer. 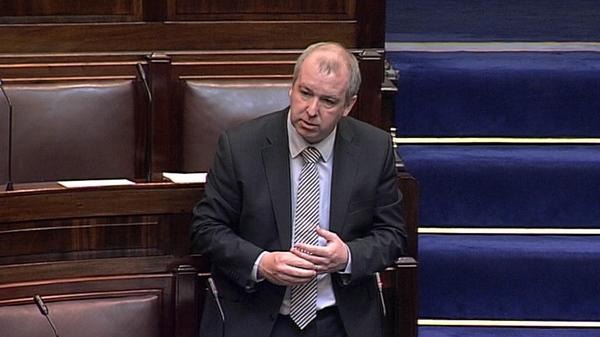