Galway West TD Brian Walsh has said he has opted out of the Reform Alliance of fellow TDs.

Mr Walsh lost the Fine Gael whip over the Government's Protection of Life During Pregnancy legislation.

He said he had left the alliance because it had become apparent to him the group had evolved into something with all the hallmarks of a political party, with a title, a logo and branding.

The Galway TD said he did not want to be part of something that would make it difficult for the public to distinguish between the positions of the group and individual positions.

Mr Walsh said he wanted to be a Fine Gael candidate in the next general election.

For him, he said, the abortion legislation was a single issue of conscience, but he acknowledged he would not be a candidate for the party if an election was called in the morning.

He said he did not regret his vote on the bill, but he did regret falling out with people within the party over the way he had voted.

Mr Walsh said he hoped Taoiseach Enda Kenny would be magnanimous about his future with Fine Gael, as he had been in the past with people who had perhaps been guilty of far greater disloyalty.

Meanwhile, Wicklow TD Billy Timmins, who was also expelled from the parliamentary party, said the alliance was a group of individuals who had been told they would not be standing for Fine Gael at the next election.

He described the group as a "loose alliance" of people who had been penalised for voting for a core Fine Gael value.

Mr Timmins said the group did not see themselves as Fine Gael rebels or as a rump or as dissidents.

He said they were not a party and did not have a brand or a logo and he did not know if they would have one in the future.

He said the structures of the Dáil were weighted in favour of the established parties with regard to speaking rights, while they had been thrown off Dáil committees.

Mr Timmins said they would not take a position on the forthcoming referendums, but they had agreed that if the referendum on the future of the Seanad was defeated, then the group was keen to see the upper house reformed.

He said the alliance's think-in tomorrow would focus on employment and welfare.

Speaking on RTÉ’s Today with Seán O'Rourke, he said the alliance would allow the five TDs and two Senators to pool resources in the pursuit of more speaking time on issues such as alternative ways of saving money in the child benefit budget without impacting on payments to families. 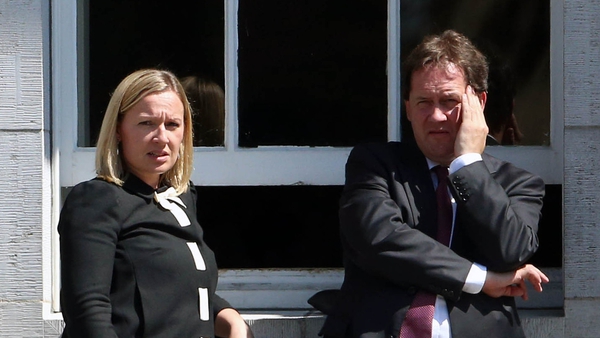