The tourist industry is predicting the creation of up to 6,000 new jobs in 2014.

It has been the best year for tourism since 2009.

ITIC said maintaining value for money will be a key component for growing visitor numbers.

CEO Eamonn McKeon said the industry had "lost its way" but that prices had come down in recent years.

"Prices will go up again but we're more cognisant now of the dangers of that.

"Value for money is the key measurement."

Dublin is still one of the cheapest capitals in Europe, he said at a press conference to mark the confederation's end of year review.

The number of tourists from Britain grew for the first time in seven years in 2013, with almost 3m UK tourists.

Welcoming the increase, ITIC said there had been a "massive drop" in British tourists in recent years.

It has been the best year for tourism since 2009 with growth in all major markets - most notably the United States, Britain, France and Germany.

The body says The Gathering was successful in attracting visitors from the US, but less so from continental Europe.

However, it notes that while there was strong growth in tourist numbers in Dublin this year, the rest of the country did not fare as well.

It says this was largely due to the fact that 90% of tourists arriving in the country come via Dublin and many do not venture beyond the capital. 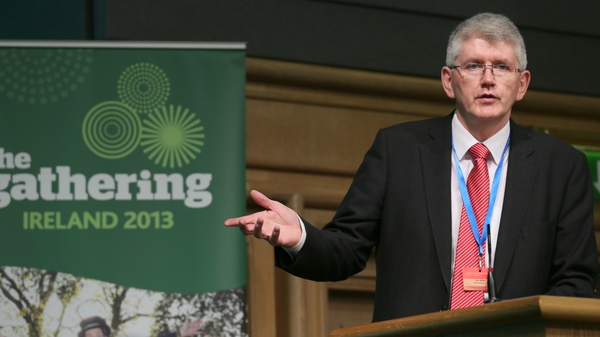