The chief executive of Retail Excellence Ireland has said a problem affecting AIB debit cards was a significant inconvenience for consumers and is a lesson to be learned for next year.

Some AIB customers trying to withdraw cash using debit cards at ATMs belonging to other banks encountered difficulties over the weekend.

Customers then had problems at AIB's own ATMs because they were mistakenly registered as being over their daily withdrawal limits.

AIB yesterday said the problems had been resolved.

Speaking on RTÉ's Morning Ireland, David Fitzsimons said: "Anything that prohibits spending is bad, so obviously not being able to take cash out at the ATMs was poor. It was a significant inconvenience, it led to lots of queues and such like.

"We're glad it's fixed and it's a lesson for next year. Ulster Bank, AIB, Bank of Ireland - they need to get their act together."

Fianna Fáil called on the Central Bank to intervene to check Irish banks' IT systems.

Speaking on RTÉ's News At One, the party's finance spokesman, Michael McGrath, said the present system whereby the banks test their own systems is not good enough.

He said the Central Bank should be undertaking stress tests of the IT systems.

He said this has now become as important for the recovery of the economy as the Central Bank's stress tests of the banks' balance sheets.

Speaking about retail sales in the run-up to Christmas, Mr Fitzsimons said fashion and footwear sales had lost out due to the clement weather earlier this month.

He said there was now a greater willingness on the part of Irish consumers to postpone fashion and footwear buying into sales periods.

Mr Fitzsimons said adverse weather last weekend had meant that a lot of footfall had gone to shopping centres rather than high-street shops.

He said sales for this December were mixed, and he believed most retailers would be happy if they achieved parity on last year's sales figures.

However, he said he believed some categories of sales were way up, in particular technology sales, including gaming consoles, smart phones and tablet computers. 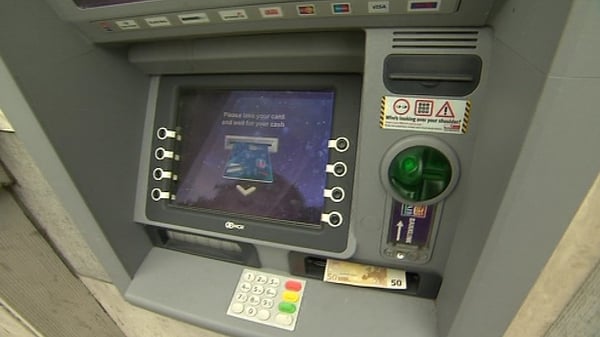