A former IRA man convicted of killing the last British soldier to die before the Good Friday Agreement has been found dead in Monaghan.

Bernard McGinn (56) received jailed terms totalling 490 years for IRA offences in Ireland and England but was released after serving just months under the terms of the Agreement.

A Garda spokesman said: "A man in his 50s was found dead in his house in Monaghan Town at 2pm this afternoon."

A post-mortem examination is expected to take place.

It appears however at this stage that he died of natural causes.

McGinn was given three life sentences in 1999 for murdering the soldier, shot in the back with a powerful weapon at an army checkpoint in Bessbrook while talking to a member of the public.

McGinn was also sentenced to a total of 490 years for a catalogue of IRA offences including making the bombs destined for Canary Wharf, the Baltic Exchange and Hammersmith Bridge in London.

As Lance Bombardier Restorick was speaking to a local woman Lorraine McElroy who was passing the checkpoint, he was hit by a bullet fired from a Barrett Light 50 rifle - a high-powered US weapon used to kill nine soldiers and police officers in Northern Ireland.

McGinn told detectives he travelled in the car used in the attack but that another man fired the fatal shot.

Under the terms of the Good Friday Agreement, he was released months after his conviction - laughing at his sentences as he was led to the cells following the guilty verdict.

He told police that he made explosives north and south of the border on an almost daily basis "like a day's work".

McGinn and three other men were also found guilty of conspiring to murder a person or persons unknown in April 1997.

Gardaí believe he had become linked to dissident republicans in recent times. 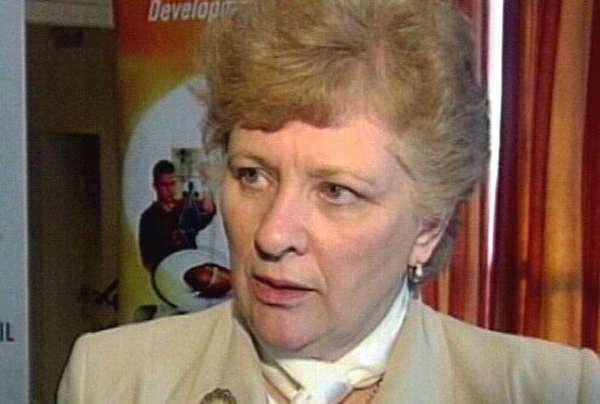 Report on IRA killing of soldier in Armagh