US diplomat Dr Richard Haass has said much progress has been made in the Northern Ireland talks on parades, flags and dealing with the past, but much remains to be resolved.

He said he remains committed to the process.

Dr Haass and his colleague Professor Megan O'Sullivan said they will stay on until Christmas and expect an intense period of meetings over the weekend.

Prof O'Sullivan said they expect to have a new draft on Sunday, which they hope will be close to the final draft.

That will be presented to the parties on Sunday afternoon, with a plenary session planned for Monday.

Dr Haass said there is enough time between now and Christmas to "get things done".

Yesterday, Dr Haass presented the parties with a revised document, setting out his proposals.

"But we are working with the other parties to see if we can resolve those concerns and issues," he said.

He did not rule out that a deal could be struck before Christmas.

"It looks like people share our view now that we are much better working through this and trying to get an agreement this side of Christmas, so I don't rule that out, but clearly we have some major hurdles to overcome before that becomes in any sense a possibility," he said.

Sinn Fein's Gerry Kelly said an agreement could be reached if the political will existed on all sides.

"It is our view that we can crack this before Christmas and we are glad that both Meghan O'Sullivan and Richard Haass and their team are in agreement with that, as well as the other parties," he said.

"We all want to do it before Christmas. There is still work to be done but we have made progress and we want to build on that progress." 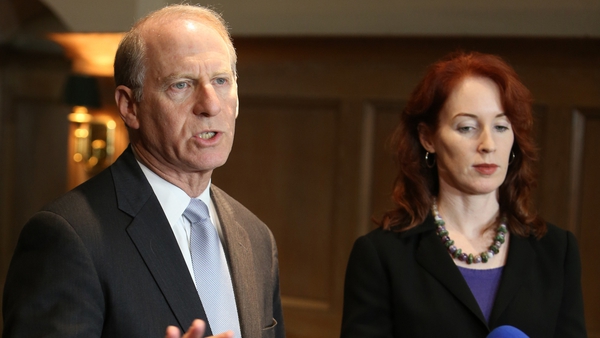