US diplomat Dr Richard Haass has presented Northern Ireland's five main political parties with a new set of proposals on how to address problem areas in the peace process.

However, one of the DUP's negotiating team, Jeffrey Donaldson, has indicated that as presented the proposals would not get his party's backing.

Mr Donaldson said "some silly parts" need to be taken out.

But he also said there had been progress made on the first draft, which was presented at the start of the week, and that the DUP was committed to remaining involved in the negotiations.

Dr Haass and his colleague, Professor Megan O'Sullivan, have set themselves an deadline at the end of December to conclude their negotiations.

The difficulties fall under three headings: flags, parades and how to deal with the past.

Dr Haass and Prof O'Sullivan started their work in September and consulted widely.

Dr Haass is scheduled to begin meeting the parties, one by one, tomorrow morning.

After hearing their reactions to his proposals, he will decide if there is merit in calling all five groups around the table for a plenary session. 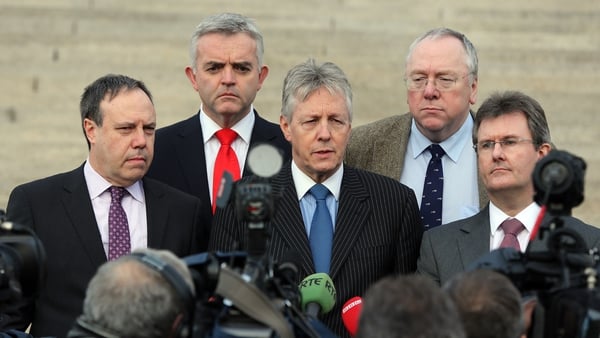