Fianna Fáil leader Micheál Martin has said more can and should be done to achieve a faster and fairer economic recovery in Ireland.

He welcomed Ireland's exit from the EU/IMF bailout programme.

However, Mr Martin said fixing the public finances was only one part of a much broader set of economic and social challenges.

Earlier, Independent TD Shane Ross criticised the Government for what he described as the slow pace of political change.

Mr Ross said the exit from the bailout may bring political satisfaction, but it would be premature to hold a national celebration.

He said the policies of the big parties were joined at the hip.

Sinn Féin president Gerry Adams said it was clear from the Taoiseach's address that the austerity agenda pursued with such devastating consequences by Fine Gael and the Labour Party would continue unabated.

He said nothing the Taoiseach had said would provide any comfort or hope to those families who had bore the brunt of the Government's brutal austerity policies.

Elsewhere, the Taoiseach has said the Government will set out its medium-term economic plan tomorrow.

Mr Kenny said this will cover the years up to 2020 and would have a particular focus on job creation.

Speaking in Castlebar this evening, he said the benefits of a growing economy would "feed out to the wider community in the coming years".

Mr Kenny said it was his view that with a structured approach to economic development, all jobs that were lost during the recession could be replaced and added to.

He said he hoped this would enable people who had emigrated in recent years to come home if they so wished.

Mr Kenny said he felt people knew things had not changed dramatically for the better, but the country had a little more flexibility as a result of exiting the bailout. 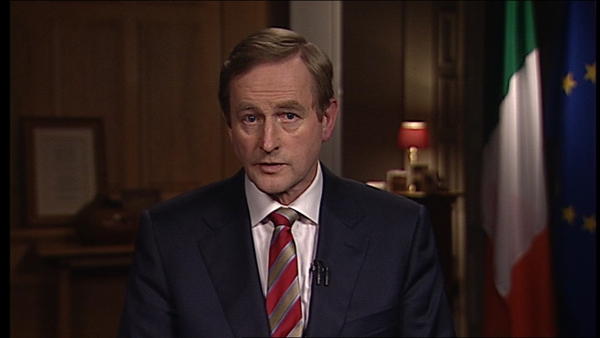