Taoiseach Enda Kenny has addressed the nation as the three-year bailout loan programme comes to an end.

He said the country is now moving in the right direction as the economy is starting to recover.

Mr Kenny looked back over the past three years and said that since March 2011, when the Coalition was given a "mandate to fix the public finances and to get Ireland working again", the people of Ireland and the Government have worked hard to deliver that plan.

He said that retrieving Ireland's economic sovereignty was "an important step in the plan to deliver on that mandate" but it has required "very difficult decisions at home and tough negotiations abroad".

The Taoiseach acknowledged the "devastating consequences of unemployment and emigration" faced by many families and said he knows that many people are struggling to make ends meet.

However, he said that it is clear that these sacrifices are "making a real difference".

He said the country is now moving in the right direction as the economy is starting to recover.

Mr Kenny said far too many people are still out of work and borrowing is still too high but, he said, Ireland's public finances are "moving towards a sustainable position" and "internationally, our good name and our credibility have been restored".

He said that as Ireland exits the EU-IMF bailout the country will again stand as a full member of the eurozone with the same rules, obligations, supports and opportunities as all other member states.

However, he cautioned that "our lives won't change overnight" but "it does send out a powerful signal internationally, that Ireland is fighting back, that the spirit of our people is as strong as ever".

He said that the Irish people's patience and resilience have "restored our national pride and empowered us to face the challenges that remain".

The path that has been followed for the past three years means we can now be optimistic for our country's future, he said.

The Taoiseach said that the progress that has been made must not be put at risk, saying: "Now is not the time to change our course or direction."

The Government is this week publishing a new medium-term economic plan that lays out the road ahead for the country up to 2020.

Mr Kenny explained that the plan will be based on enterprise, "not on speculation".

He said it is a plan to ensure that "never again will Ireland's stability be threatened by speculation and greed".

It will focus on budgetary policies that encourage job creation and investment, he said.

In reference to the financial sector, he said banks must do more to deal with mortgage distress and to provide access to credit for small business and the banking system must "become a contributor to the economy, rather than a huge drain on it".

The Taoiseach said the Government will replace all of the jobs that were lost during the crisis with new jobs, offering many of those who have left Ireland the choice to return home, and increasing total employment to over two million people by 2020.

He thanked the people for their part played in the country’s recovery to date and said that throughout history, the Irish people have always shown that nothing is impossible for them to achieve, when they really apply themselves to a challenge or cause.

Mr Kenny said the Government will work to put in place the foundations for a secure and prosperous future and he committed the Government to work "might and main" to finish the job entrusted to it for the remainder of its term in office.

Ireland received the last tranche of funds from the €85bn IMF-EU bailout loan on Friday.

The country's finances, budgets and policies have been under intense scrutiny since the previous Fianna Fáil-led Government agreed to a massive loan package in 2010.

The Troika of lenders - the International Monetary Fund, the European Central Bank and European Commission - have carried out 12 intense reviews.

The reviews have taken place over the past three years and imposed a series of tough targets, all of which were met by the State.

During the period, austerity has seen taxes rise by €5.3bn with public spending cut by a cumulative €9.6bn.

The country is the first eurozone state to have successfully completed a strict bailout programme. 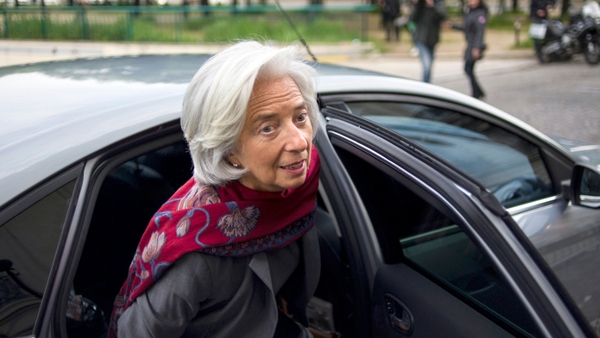