The head of UNESCO has expressed alarm about widespread illegal archaeological excavations across war-ravaged Syria.

The UN's cultural, education and science arm has warned auction houses museums and collections about the problem.

More than 100,000 people have died in Syria's civil war since 2011 which has forced millions to flee their homes and created a massive humanitarian crisis.

UNESCO says the conflict has also placed Syria's cultural heritage and reporters trying to the cover the war increasingly under threat.

"The biggest danger there, apart from the destruction we have seen of the world heritage sites ... is the illicit archaeological excavations," UNESCO general director Irina Bokova said.

"This is something that is not very high on the radar of the international community," she said at the UN in New York.

Ms Bokova said the problem has grown during the conflict.

"We were showing (them) the map of these illicit sites,excavations," Ms Bokova said.

"This is our biggest concern nowadays, that we don't know what's happening there, this illicit trafficking (and) exports."

She did not say whether those involved in such excavations had any alignment with Syrian President Bashar al-Assad or rebels seeking to oust him.

"Anybody can do it," she said.

Ms Bokova did not disclose details of the locations of the illicit excavations in Syria.

In September UNESCO issued what it called a "red list" of types of artefacts to alert museums, collectors and auction-houses what to be on the lookout for from Syria.

In February, Maamoun Abdulkarim - head of Syria's antiquities and museums - said illegal archaeological digs have threatened tombs in the desert town of Palmyra and the Bronze Age settlement of Ebla.

Ms Bokova was in New York to speak at an informal UN Security Council meeting hosted by France and Guatemala on the protection of journalists, something she said was an issue of growing concern in Syria and other conflict zones around the world where reporters are being targeted. 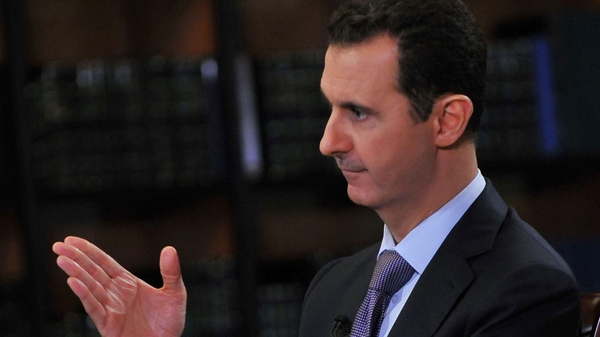