Half of shoppers expect to borrow money to get through the Christmas season, according to a survey from the Irish League of Credit Unions.

The survey found that the average debt incurred over the festive period is €410.

It also found that consumers will spend an average of €590 over Christmas compared to €527 over the same period last year.

Parents will spend around €185 on presents per child, up €15 from last year.

The ILCU warned that it takes an average of nine weeks for consumers to get over Christmas debts.

It also showed the amount of people taking more than nine months to repay festive borrowings is increasing - 6% of all those surveyed, compared with 4% last year.

Chief executive Kieron Brennan said a lot of the debt built up at this time of year is not necessary.

"Our annual Christmas research again shows us that while people really enjoy the build-up and the time spent with family, many are over-spending and in many cases getting themselves into debt unnecessarily," he said.

"The independent research shows us that worryingly more people are taking longer to recover - 6% in 2013 compared to 4% in 2012 taking nine months or more."

The survey found half of consumers expect to have to borrow money to get through Christmas, with people aged 35-54 the most likely to need credit and borrowing the most, an average of €445.

The research also found that 8% of consumers have approached a moneylender for cash to pay for Christmas and another 6% would consider approaching a moneylender.

It said 18 to 34-year-olds are the most likely to use a moneylender.

The ILCU has urged people not to use moneylenders and reiterated its call for a cap on the interest rates they can legally charge.

"No such cap currently exists but, in practice, the ceiling is just below 190% APR. With the level of personal indebtedness and financial exclusion in Ireland, there is a real danger of compounding the problem by allowing legal moneylenders to charge excessive rates," Mr Brennan said.

He said that establishing a budget for Christmas is more important that ever.

“Plan how much you can afford to spend - and stick to it. This will allow people to be in a better position to keep a tight rein on the Christmas shopping costs," he said.

"Consider that if you cannot afford to pay for something without a loan, you simply cannot afford it. It's easy to say but it's still true - the best gift at Christmas is being together, and that costs nothing."

The research for the ILCU was carried out by iReach in November and included surveys with 1,000 adults. 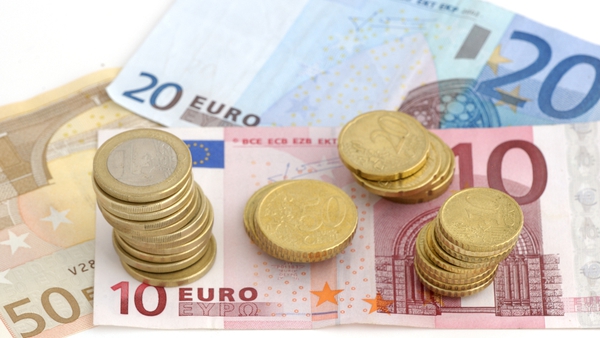