The number of people borrowing money from licensed moneylenders has risen by 60,000 over the last six years.

According to a new report from the Central Bank, 360,000 people currently use licensed moneylenders, while the number of lenders, who may charge interest of up to 290%, has fallen over the same period.

"These loans are typically for short-term periods and that's what drives largely the rate up," he said.

"The concern that we have is if people use these loans for longer periods of time, it becomes a very expensive form of credit and obviously unsuitable for most people at that level.

Mr Sheridan said the Central Bank would like to see people avail of other options, including credit unions or other loans, rather than turn to the "accessibility" of moneylenders.

"There are various reasons why people are using moneylenders.

"It has access in terms that they feel they can go to the moneylender and get the money, whereas the majority of people have been refused elsewhere.

"So it's not just the failure of the banking system.

"I think it's a failure to provide alternatives, in terms of small amounts of loans over short periods of time at a reasonable interest rate."

The majority of customers use the lenders to buy goods and pay for family events.

One money advice service said the figures demonstrate the need for a "micro-lending" service.

Under the Consumer Credit Act, companies or individuals can register as moneylenders and legally offer loans at extremely high interest rates.

The Central Bank report found that the most common loan amount is for between €200 and €500.

A sample of 500 borrowers showed 32% borrowed for family events or paying bills; 30% borrowed money as loans against goods - frequently bought from mail order catalogues – and 9% borrowed for travel or holidays.

A newly emerged group of borrowers, at 14%, are those who pay their sports club memberships over 12 months.

Many people are possibly unaware that the finance company their club is using to spread their membership fee is actually on the moneylender register.

Around 25% of customers experienced repayment problems in the last 18 months, the majority of whom said the difficulties were caused by a drop in household income.

The Money Advice and Budgeting Service expressed concern these high interest loans can quickly lead to deeper money problems, while also acknowledging that from time to time people who cannot get credit elsewhere need to borrow small amounts to meet their needs.

The Society of St Vincent de Paul said that more 'micro finance' solutions were needed to combat the increase in the numbers of people borrowing from moneylenders, often at exorbitant rates.

SVP’s Head of Social Justice and Policy John Mark McCafferty said that local community-based finance for people who needed loans would help "to take the doorstep moneylenders on".

Mr McCafferty urged people to seek advice from the Money Advice and Budgeting Service and the SVP, and to make themselves aware as much as possible of the various options available.

He said the problem was that many of those people had experienced rejection, and may have negative experiences of bank or other financial institutions, and feel they have few options.

He said: "For us it's about broadening those options, and we need Government, the Department of Finance and the Central Bank to lead on that." 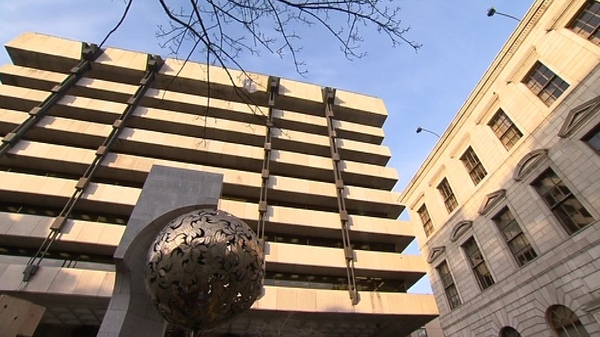 Loans to households fall by 4.4% in July - Central Bank