The funeral has taken place in Co Donegal of Tom Gilmartin, a key witness in a major module of the Mahon Tribunal into planning corruption in Dublin.

Speaking at the funeral, the son of Mr Gilmartin said his father never got the apology he was owed by the Irish state.

Thomas Gilmartin Jnr received a huge applause at St Michael's Church in Urris, Co Donegal as he remembered the life and times of his late father.

Mr Gilmartin Snr, 78, whose wife Vera is a native of the area, was laid to rest in the adjoining cemetery.

Thomas Jnr told how his father was touched by corruption from an early age - even before he started his career.

"Unfortunately as is very common in the Ireland of the 1940s and 1950s, opportunities to make the most of his God given talents were few and far between.

"Nonetheless he managed to get a place in Agricultural college and did so well in his exams that he was told to get ready to com to Dublin to take up a job in the Civil Service.

"A short time later he was told that his place had been taken by someone else that had not done nearly as well - but someone that had a relative well-placed.

"Unfortunately my father was let down by people for whom moral scruples or the type my father lived by was seen as a weakness.

"Later he never wavered his commitment to the truth even when subjected to extraordinary pressure.

"Dad loved his country and was a proud Irishman. It truly grieved him as the son of a man who fought for the independence of his country to see the sacrifices of his father's generation disregarded by lesser men.

"It is a source of great sadness to us his family that dad was never truly given the credit he deserved for what he did or the apology he was owed for what was done to him. He deserved better.

"But that era was only a drop in the ocean compared to his life as a whole," he said.

A native of Lislary, Co Sligo, Mr Gilmartin spent much of his working life in Luton, Bedfordshire, before acquiring land in west Dublin for a planned shopping centre

The shopping centre, originally planned for Quarryvale, subsequently became the Liffey Valley Shopping Centre, after Mr Gilmartin was squeezed out of the project.

His payments to Fianna Fáil politicians and his allegations of bribery demands from others led to his becoming a key witness in the Quarryvale module of the Mahon Tribunal.

Mr Gilmartin latterly lived in Cork with his family. 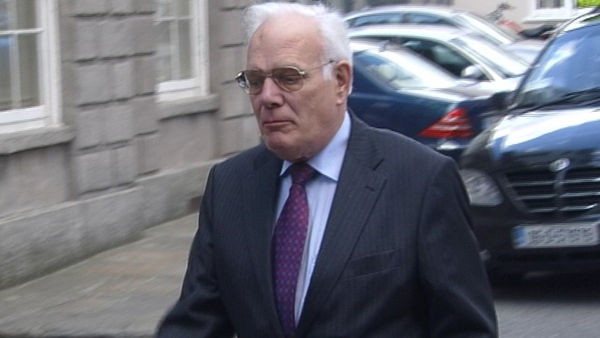