Ms Collins had claimed the payments were unconstitutional as they had never been approved by the Dáil.

The notes formed part of the €31bn recapitalisation of the former Anglo Irish Bank, Educational Building Society and Irish Nationwide.

She claimed this was unconstitutional.

However, the three-judge division of the High Court ruled against her.

In their ruling the three judges said it was aware that decisions made since the bank guarantee in September 2008 were hugely controversial.

However, they said that the enormity of the decisions, the consequences of the decisions and their controversial character did not have any direct bearing on the issues they had to consider.

The judges said it was not part of their function to express any view on the political or economic wisdom of the decisions which culminated in the Credit Institutions (Financial Support) Act of 2008.

They said at the heart of Ms Collins' case was the question of whether public monies could be voted and appropriated without an upper limit being specified in a Dáil vote or in legislation.

The court ruled that while the 2008 act conferred far-reaching powers on the minister, the discretion vested in him to give financial support to credit institutions was hemmed in by rigorous standards.

The court ruled that to appropriate monies, the minister did not require a predetermined upper limit prescribed by the appropriating law.

And it ruled that while the Oireachtas did not know precisely the sums that were at stake when enacting the 2008 legislation, there were principles and policies in the act which limited the extent of the minister's discretion to provide financial support.

Ms Collins said she was disappointed by the decision.

She said the case went to the core of democracy in Ireland.

She said the judges were saying that the minister for finance has absolute and unlimited power to hand over money to any amount he or she deems fit.

She said the Dáil had to step in and reclaim the right of the Oireachtas to make those decisions and not leave them in the hands of one person.

Ms Collins said she would have to examine the decision with her lawyers before deciding whether or not to take the case any further. 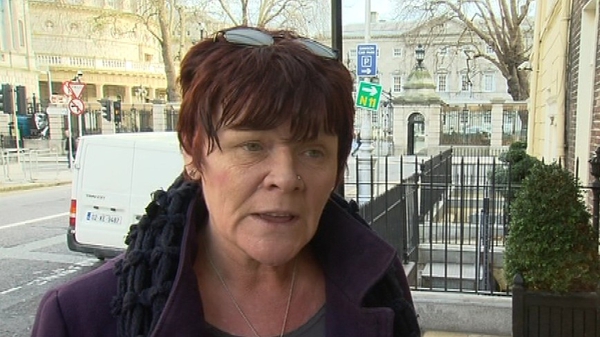