Taoiseach Enda Kenny has said that threat of strike action at ESB is damaging and causing unease.

Mr Kenny said the dispute was not about wage cuts but the definition of pensions.

He said that pension fund was in very good shape and will be in surplus by 2018.

He said that he hoped the unions would engage fully, constructively and comprehensively and he said given the implications of this that it can be resolved quickly and effectively in the national interest.

He said that this was about Ireland and hundreds of thousand of people who have made a lot of sacrifices and this is the last thing they want to see.

He said many pension funds in Ireland are in trouble, but the ESB pension fund is not one of them.

Mr Varadkar said: "This to me seems like an unnecessary dispute and an unreasonable threat," he said.

"No one's job is being threatened, no one is being asked to take a conditional pay cut and no one's pension is under threat.

"So, really, I'd like to see both sides step back from the brink and engage with each other in the week ahead."

Management and union talks are scheduled for Thursday in a bid to break the deadlock.

The ESB Group of Unions said last week that it will serve notice of industrial action on Friday. The notice will expire on 16 December.

Unite, the largest union in the ESB, has confirmed that it will serve notice of industrial action on Friday.

The action is an escalation in the dispute over the €1.6bn deficit in the company pension scheme.

Minister for Communications, Energy and Natural Resources Pat Rabbitte said he was "glad that the unions and management will meet this Thursday".

He said nobody intends that the ESB pension scheme will be wound up and "Government notes that the Pensions Board assessment is that the scheme is on track and will be in surplus by 2018".

Mr Rabbitte said there is no risk to the ESB pension scheme and employees retiring between now and 2018 "will receive their full entitlements".

Speaking before this morning's Cabinet meeting, Mr Coveney said he believes the dispute can be resolved.

He said a lot of people would say the threat of strike action is totally unnecessary, but it is a serious one.

He said if a strike were to happen it would be a "real retrograde step" and the way to deal with this is to get people to talk and not to heighten tension.

The minister said that his information was that the pension fund was not in trouble. 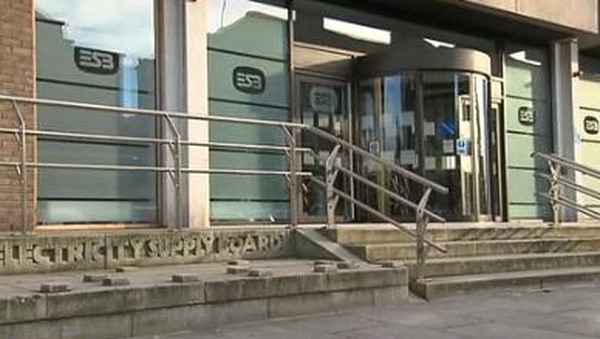